Although he is now an octogenarian, Lim Ee Ping has not stopped lending his support to the younger generation at his party 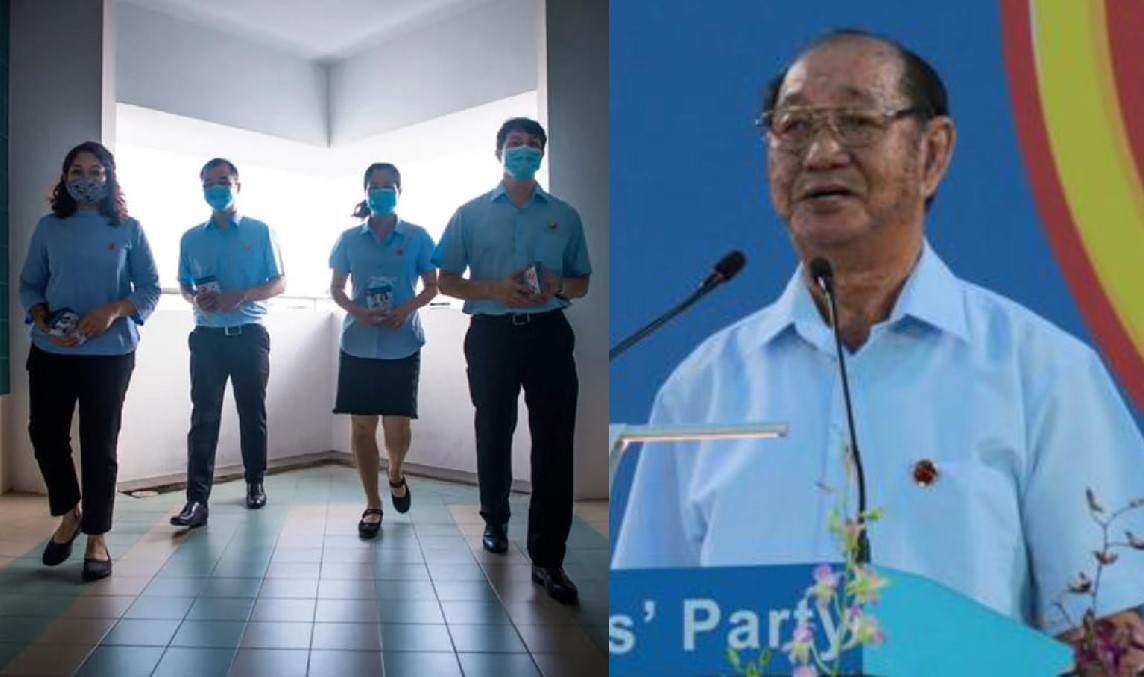 Mr Lim, who is fondly known within the party as Uncle Ee Ping, joined the party 61 years ago at the young age of about 20. The party was just about two years old then, having been founded by former Chief Minister David Marshall.

In a profile published by the WP in 2015, Mr Lim revealed that he decided to join the party because of Mr Marshall. He said: “I joined WP in 1959. Then I was only 20 years old. Because of [David] Marshall’s honesty, I made the decision to be a part of WP.”

Recalling his early days in the party, he said: “The post-Marshall years were difficult. WP was essentially an ’empty city’. I rode around in my bicycle so as to rally and organise the members.

“The WP of today has made some headway, in no small part due to the hard work of many involved. Just as it was the case in 1959, there is a need for checks and balance in our politics. WP continues to play such a role.”

Mr Lim added: “Today, I am satisfied. With the respect I earned from fellow party members, I continue to serve Singapore. In no time, the baton will be passed to the younger generation.

“The younger generation of members have to understand and protect the interests of WP. They need to make sacrifices along the way. With sincerity, they will in no time find the opportunity to serve.”

Mr Lim has mentored and walked with several younger WP members over the vast number of years he has been with the WP. In a blog post published in 2009, party chairman Sylvia Lim pointed to Mr Lim as she spoke about how her then-8 year experience with the party is nothing compared to the commitment of veterans like him.

She wrote: “Eight years may sound like a long time to some, but I am dwarfed by the commitment of others. Each week, party veterans turn up for Party activities, as they had been doing for decades before. One example is Mr Lim Ee Ping, who joined the Party in 1959.

“Today, during our Hammer sales, I asked him whether he had been shouting: “Workers’ Party Hammer” in the streets for 50 years (based on simple arithmetic). He matter-of-factly said that it was “only for about 30 years” because “it was only after JB (Jeyaretnam) joined the Party (which was in 1971) that we started selling Hammer”.”

Although he is now an octogenarian, Mr Lim has not stopped lending his support to the younger generation at his party. New Sengkang GRC MP Louis Chua revealed that Mr Lim turned up to give him moral support at his MPS this week.

Sharing a photo with the veteran party member, Mr Chua wrote on Instagram: “Honoured to have Uncle Ee Ping lending us moral support at our MPS this evening! Uncle Ee Ping is one of the most senior members of the WP, having joined the party in 1959 back when he was around 18 years old.

“As a part of the younger generation of WP members, we will continue to work hard and serve Singaporeans with sincerity.”

非常感激依平叔抽空前来我们的接见选民活动，给予我们团队您的支持！身为我们的前辈，依平叔早在一九五九年十八岁时就已经加入工人党了。 身为晚辈，我们一定会秉持初衷，诚心服务选民。 Honoured to have Uncle Ee Ping lending us moral support at our MPS this evening! Uncle Ee Ping is one of the most senior members of the WP, having joined the party in 1959 back when he was around 18 years old. As a part of the younger generation of WP members, we will continue to work hard and serve Singaporeans with sincerity. #TeamSengkang