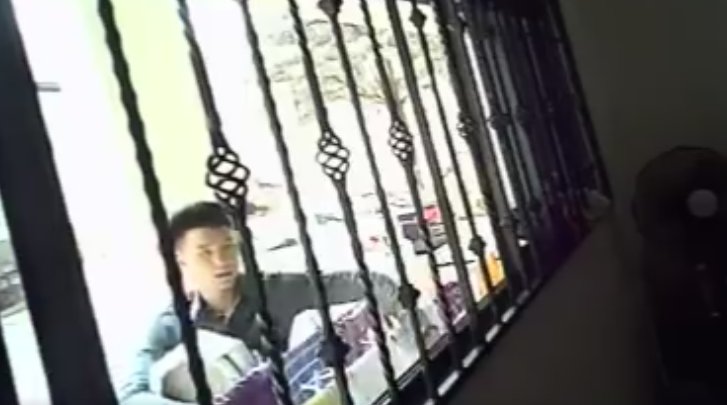 An underwear thief in the Bukit Panjang area has been caught on tape.
Ms Koh JL who lives on the 1st floor in Senja Road, said that she was sharing the video of the thief to “warn all girls living around Bukit Panjang area.”
She said that her office wears and lingeries were disappearing after she hangs them out to dry after washing along her corridor. So she decided to install a pin-hole camera to see what was happening.
Then on 5 Jan, she caught the culprit. He was stealing her bra in broad daylight – at 1pm.
The video clearly captured his face, and Ms Koh has made a police report about the incident.
“Hopefully this pervert will be caught soon and receive his deserved punishment,” Ms Koh said.

Warning to all the girls living around bukit panjang area, I live at Senja Road.In recent years my office wears and lingerie went missing when it was washed and left to dry outside my house due to me living on the 1st floor. Decided to install a pin hole camera to catch the culprit and guess what? Voila!!!! This guy was caught stealing my bra on the 5 Feb around 1pm in broad daylight and his face is clearly shown in this video.A police report has already been made, hopefully this pervert will be caught soon and receive his deserved punishment.<Credits: Koh JL>