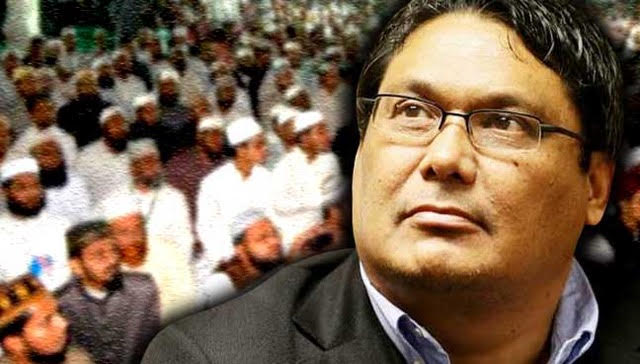 The Islamic Renaissance Front (IRF) director Ahmad Farouk Musa said the Malaysian ruling Malay party, Umno, is tolerant towards the spreading of a form of Islam that was practised by Osama Bin Laden (OBL).

OBL was a Salafist. He was hunted down as a terrorist leader by American marines in Pakistan, accused of terror attacks and of leading a global war against the U.S.

Well, the IRF director did not call Umno an OBL follower, but the fact has he voiced his suspicion the Umno leadership tolerates the spread of Salafism because it serves the party’s interest in retaining its power.

He was referring to a Salafi belief that a ruler should be obeyed as long as he observes his canonical prayers.

Farouk speculated that this was the reason for the lack of anti-Salafi rhetoric from Umno, reported the Free Malaysia Today portal

He said Prime Minister Najib Razak must have thought it was a good idea to allow Salafism to spread when he realised that the Riyadh regime’s longevity was due to the popularity of Salafi thought in Saudi Arabia.

Osama, born in Yemen, was the son of a prominent Saudi builder whose company is spread across the globe and is known as the Bin Laden construction company amongst others.

“Islamic agencies used to be dominated by traditionalists,” he said. “But in late 2000, with the formation of the Ulama Muda Umno, there was a paradigm shift and these groups learned from traditionalism towards Salafism.”-

He alleged that Salafism had resulted in the demonisation of Shia Muslims and liberal Muslims as well as in the teaching that it was against Islam to give honourable recognition of the festivals associated with other religions.

Note that the Saudi system is said to be based on the Wahabi movement, which is called Wahabism and which is not necessarily of Salafist philosophy.