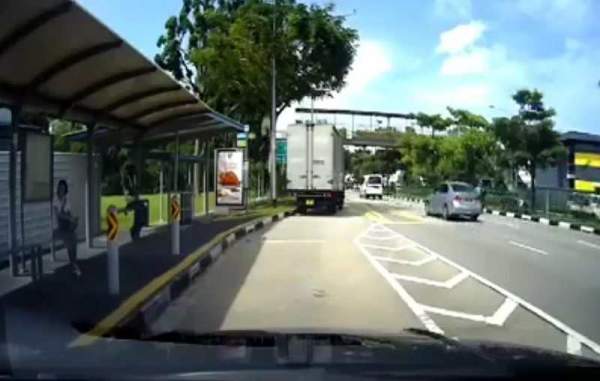 All Singapore Stuff (ASS) shared a video clip of a dispute between a Uber driver and his ang moh client. Only the voices of the driver and his client, a woman, can be heard in the one-and-a-half-minute clip which ASS credited to Karl Chng. The woman can be heard asking the driver why he was talking a longer route to arrive at the destination. The dispute seemed to escalate when the driver said that he was only following his GPS.

The driver then forces his passenger to alight at a bus-stop without taking her to her destination. The passenger claimed that she was upset with the longer route he was taking because she was late for a very important meeting. When the driver forced her to alight from his vehicle, she sounded distraught and said that she would not only file a complaint against him, but would also ‘kill him’.

The video had mixed responses from Facebook users who responded to it. Some claimed that the driver was doing the right thing by following the GPS. Others pointed out that the driver had a responsibility to take his passenger to her destination and properly sort out grievances with her afterwards.Follow us on Social Media