Trying times for the mainstream media in changing Malaysia 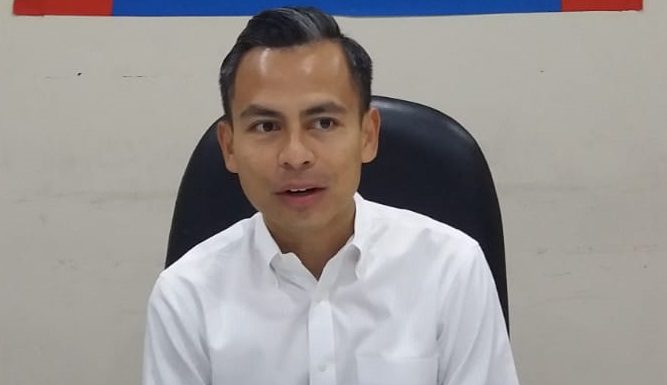 The Star, a popular news daily, was caught in a fake news row with a newly elected Pakatan Harappan MP, Fahmi Fadzil, a reformist only days after Najib Razak’s law got repealed in the Parliament.

While this could signal a significant turn for Malaysia’s mainstream media, the fake news label remains a powerful political tool. And this tool is still used by politicians from both sides of the political divide.

Politicians can still perpetuate the culture of fear among journalists and undermine free press by raising the fake news labels in their rhetoric. And some news media, in turn, denounce politicians in their reporting, while the printed media will still run half-cooked reports.

Fahmi Fazdil used the fake news label to accuse The Star of wrongful reporting. He also went ballistic in the Parliament to denounce this act coming from The Star, a newspaper still seen as a pro-Barisan Nasional medium.

Run by the Malaysian Chinese Association (MCA), the acrimony between The Star and the ruling Pakatan Harapan regime is still at its peak.

The ‘not-otai’ journalist response from The Star reporter Loshana K Shagar got Fahmi unsettled. The latter, known for his frankness and his commitment to the reformasi movement called into question the rights of Journalists to speak even more frankly.

The Star reporter had a few tips for the ‘reformist’ leader telling him outright that he cannot control what is written about him, but he can control the way he reacts to these articles.

She event went further in tell Fahmi to protect the dignity of his office by responding calmly, accusing him of going ballistic like a child stung by a bee.

“Remember, the way you criticise someone does not say much about the other person, but it says a great deal about what you are,” she wrote in a Facebook post.

Shagar got the support of one of her colleagues who said that politicians should not behave like ‘spoilt pop stars’. Fahmi is a ‘star’ of the reform movement in Malaysia. The animosity between the MP and The Star is comprehensible. His reaction is understandable.

Malaysia is still reeling from the shocking change of regime but The Star’s editorial team’s inaction on the issue is rather confusing.

Had the reporter gone wild against a BN minister under ex-PM Najib Razak, her fate would have been sealed. The freedom to report did not really exist in the printed media under the BN governments. They have that freedom now and it is a significant change for Malaysian newspapers.

But the significance of this change in the roles of the printed English language newspapers is how are they adapting to the new political reality in the country.

So far, the printed media seems to be struggling. They seem unable to take advantage of the sudden freedom to decide for themselves.

There have been no major upheavals in the local print media, English or otherwise, with the BN-era chief editors and board members still carrying on, perhaps unaware of the real change the country is going through.

Nevertheless, the incident – buried by The Star with a response from Fahmi – and the latter’s instance that The Star carried a fake news item does not make things any easier.

In response to the article which alleged Famhi was quitting his Lembah Pantai Parliamentary seat to contest in a state seat to allow PKR leader Anwar Ibrahim to return to Parliament, Fahmi said, “We just passed the repeal of the Anti Fake News Act, and this is nothing more than fake news,” he told reporters at the Parliament lobby on Thursday (Aug 16).”

However, in the realm of journalism and in a country where the freedom to report is now more powerful than ever, The Star did not breach any rules with a PKR source story.

The paper must realise it was not wrong, while Fahmi has to come to terms with his new reality, that is he is bound to be hounded by the media.

Lucky he is not bound to face the ‘paparazzi’ unlike Najib and his wife Rosmah Mansor after the ex-PM was booted out of power in May.Follow us on Social Media