Trump calls on Americans to save ICE to eradicate worst criminal elements at U.S. borders 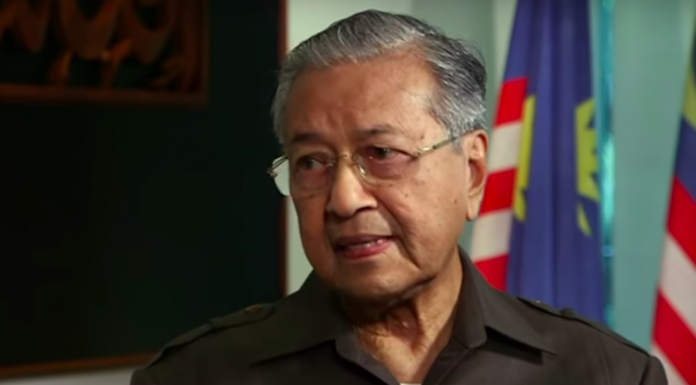 The White House has warned that abolishing U.S. Immigration and Customs Enforcement (ICE) would erase America’s borders and open the floodgates to more crime, drugs, and terrorism.

Pointing to how leading Democrats in Congress have called for ICE to be abolished (which would grind immigration enforcement to a halt with devastating consequences for public safety), the White House called on Americans to save ICE.

“Abolishing ICE would mean open borders because it would eliminate the agency responsible for removing people who enter or remain in our country illegally, including drug dealers; gang members; and child molesters, rapists, and other sex offenders,” said the White House.

Adding: “Calls to abolish ICE are an insult to these heroic law enforcement officers who make sacrifices every day to secure our borders, enforce our laws, and protect our safety and security.”

President Trump has promised to protect ICE so that its officers can continue to do their job of protecting the American communities.

“To the great and brave men and women of ICE, do not worry or lose your spirit. You are doing a fantastic job of keeping us safe by eradicating the worst criminal elements,” Trump said.

The White House claimed that abolishing ICE may allow dangerous criminal aliens (including violent and ruthless members of the MS-13 gang) to remain in American communities and inflict terrible harm on innocent American men, women, and children.

It added that during fiscal year (FY) 2017, ICE Enforcement and Removal Operations (ERO) arrested more than 127,000 aliens with criminal convictions or charges, and provided the following data to back up its claim:

Criminal aliens arrested by ICE ERO in FY 2017 were responsible for:

Abolishing ICE would mean that countless illegal aliens who pose a threat to public safety would be allowed to roam free, killing, injuring, and threatening Americans, instead of being removed from the country said the White House.

It warned that abolishing ICE would mean more dangerous illegal drugs flowing into our communities, causing more Americans to needlessly suffer. It provided the following statistics as to how ICE plays a critical role in combating the drug crisis facing America:

Americans should help prevent terrorism said the White House and cautioned that abolishing ICE would mean eliminating the agency that deports aliens that pose a terrorist threat to the United States.

ICE was created in 2003 to better protect national security and public safety after 9/11 terrorists exploited immigration rules to gain entry into the United States. The National Commission on Terrorist Attacks found that many of the 9/11 hijackers committed visa violations. ICE identifies dangerous individuals before they enter America and locates them as they violate its immigration laws.

“Abolishing ICE would enable the hundreds of thousands of foreign nationals who illegally overstay their visa each year to remain in the United States indefinitely,” said the White House.Follow us on Social Media