Total number of Zika infections rise to 82, 5 in new areas 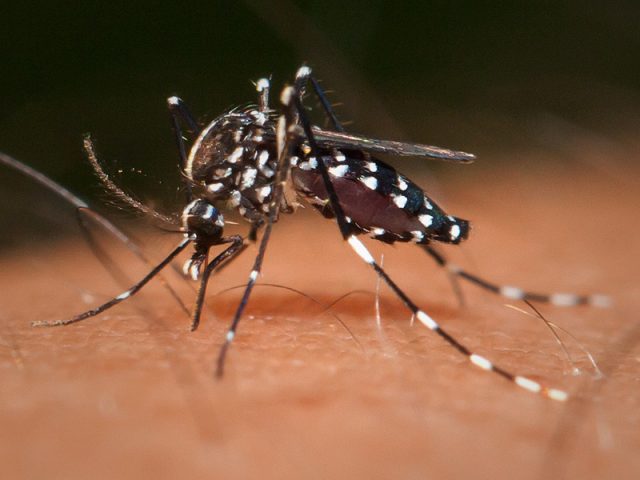 The Ministry of Health (MOH) and the National Environment Agency (NEA) said in a joint statement that as of 12pm today (30 Aug) 26 more cases of locally transmitted Zika virus infection in Singapore have been confirmed. Another 111 individuals were tested negative over the last 24 hours.

17 of these news cases live or work in the Sims Drive/ Aljunied Crescent area, while 5 live or work in Kallang Way and Paya Lebar Way, which is north of north of Sims Drive/Aljunied. MOH and NEA are investigating the remaining 4 cases for their links to the affected area.

The joint-statement also said that as of 29 Aug, NEA has inspected about 5,000 premises out of an estimated 6,000 premises in the Aljunied Crescent/Sims Drive cluster to check for mosquito breeding, and also conducted ground checks in the vicinity.

It said that 39 breeding habitats – comprising 23 in homes and 16 in common areas/other premises – have been detected and destroyed. NEA has served Notices on more than 400 inaccessible premises in the Aljunied Crescent/Sims Drive cluster to require the owners to contact NEA to arrange for an inspection, failing which NEA will proceed with forced entry.

NEA further said that it will be commence vector control operations and outreach efforts in Kallang Way and Paya Lebar Way.Follow us on Social Media