Top 3 Places To Sell Your Used Phone in Singapore 2017 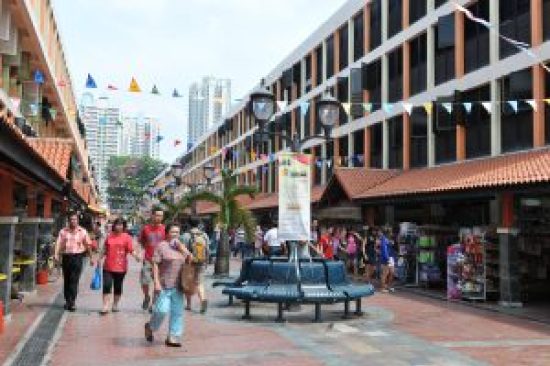 With new phone models being released every couple of months, many will rush to lay their hands on the latest phones. Even if you don’t get the new models as soon as they are released, chances are you change your phone once every 2 years anyway, when you recontract your mobile plan. More often than not, the phone you had been using will still be in working condition and just a little out of date. Rather than letting it collect dust in some corner, why not sell it and earn some cash? We have a better strategy in the editor’s not below though! (to help you save over $20 each month on a SIM ONLY plan)

Here are some places you can sell your phone:

Simply take a picture of your used phone, write up a short description on it and you’re good to go. This is a popular method as not only is it as effortless, folks tend to get a better bang for their buck in contrast to selling it to resellers (more on this later in point #2). Throw in some phone covers and you can earn an extra $5-10! Phones that come with original box and accessories & are still under warranty tend to fetch higher prices.

Pro Tip: Raise your initial price and look to reduce it by some % later to get a free bump

A convenient way of selling your phone if you don’t like the hassle of listing it, negotiating with the buyer, and doing the meet up via Carousell. Just walk into one of these shops with your phone and get the shop owner to quote you a price. Be sure to drop by a couple of stores to shop for the highest quote.

Pro Tip: You can actually head over to Hardwarezone (HWZ) Mobile Phone Bazaar to get a benchmark of the prices to sell at

#3: Trading in with your Mobile Phone Providers

Offset the cost of your new phone by trading in your old one with your mobile telco! Depending on the phone model, this can range from $100 for basic models such as the Samsung S5 & iPhone 5s to $400 upwards for the Samsung Note 5 and iPhone 6 Plus.

The list is endless! The important thing to note is that time is of the essence here. Mobile phone waves come and go very quickly and thus that would also mean that value of phones generally decreases quickly over time. There has been a general fefeelinghat iPhone models also often do not drop as quickly as their Android counterparts due to the better status in developing markets.

Other ways to rid of your used phone include selling it on forums (e.g. HardwareZone, VR-Zone) and online sites (e.g. eBay). If you’re not in need of cash, another alternative is to go green by recycling it (e.g. Bounce Mobile, StarHub/SingTel’s recycling programs) or donating it to those in need (e.g. TWC2).

Here are expected resale values of a phone you could have lying around (as at Aug 2017):

Now, dig out your old phones and make some cash out of them! Remember to do a factory reset your phone before handing it over to the buyers. I’m sure you don’t want any of your personal data leaking on the internet, do you?

How to factory reset:

Editor’s note: You may consider stopping the re-contracting of your old lines if you are keen to get a way cheaper mobile phone bill SIM ONLY at around $25 compared to $45+ you would possibly be paying now. Head on over to this article: Which Singapore Telco Plan Is The Best For You: Data vs Price to find out more now!

The post Top 3 Places To Sell Your Used Phone in Singapore 2017 appeared first on Seedly.
Source: Seedly
Follow us on Social Media