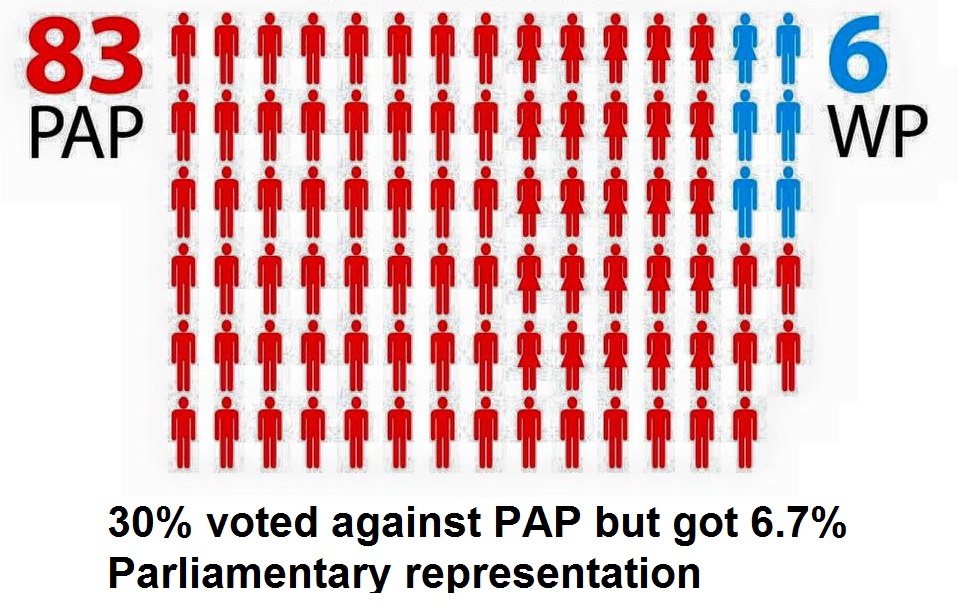 “So if you want to have a safeguard, you must have an election.” – Prime Minister Lee Hsien Loong’s speech today (4 Sep) on why the Presidency should remain an elected role.

This is because in the event that there is a disagreement with the Government on the use of Singapore’s Reserves, the President must have the legitimacy as well as not be indebted to the government to say ‘no’.

Although this logic makes plenty of sense, can we say that the practice holds in Singapore’s Parliament?

While out Parliamentarians have been largely capable and dedicated people, there are numerous instances where a candidate has been rejected in an SMC then re-contested successfully in a GRC. Some of these have even gone on to become Cabinet Ministers.

MPs – like the President to some extent – should be representative of the people and be a unifying figure. When we have each MP elected entirely by his or her own merit, the electorate will be more inclined to have greater confidence in that person.

How many MPs have not attended and/or spoken sparsely in Parliament?

If we can have a system which an MP has to fight hard for his Parliamentary place by his own effort in the eyes of the constituency, then Singapore becomes an overall more politically competitive to the benefit of Singaporeans.

Alternate political parties long called for the scrapping of the GRC system. Why the GRC system was implemented – to ensure minority representation  by having a minority candidate in a GRC – is no longer true as shown in the recent Bukit Batok by-election.

During this revamp, the whole political system could be reviewed in the better interest of democracy and representation.Follow us on Social Media