The Independent Singapore News
Home News SG Economy There was no NCMP election - Ex-MP Lee Lilian hits out at... 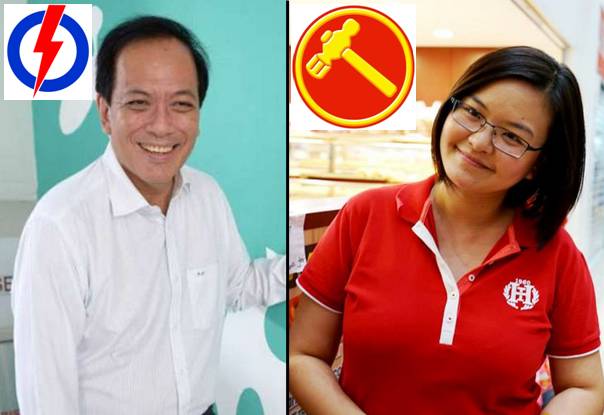 Former MP of Punggol East single-member constituency, Ms Lee Lilian has hit out at the current MP for the ward, Charles Chong for suggesting in Parliament yesterday that she should have respected the ‘decision of the minority’ who voted for her, by taking up the NCMP seat.
“The NCMP scheme was not put in place by the voters, but the Government. The people have no direct hand in electing me to the NCMP seat. Voters who voted for me were seeking for me to be their elected MP, and unfortunately this was not the outcome at the polls,” she said.
Ms Lee who lost to Mr Chong by a slim margin in the last general election, also called the amendments to the motion which was passed yesterday to vacate her NCMP seat and pave the way for her party member Daniel Goh to become unelected member of parliament, as being unfair to the Workers’ Party and an attack on her personally.
Saying she was quite surprised by these amendments, which accuse her of acting in contrary to the views of the voters and as a political manouevre, she clarified that she did not contest the General Elections to be an NCMP, but to be an elected member of the house with the full responsibilities involved in representing her constituents.
“Having lost my MP seat to Mr Charles Chong, I stepped aside in line with what the voters had expressed,” Ms Lee explained.
“To be truly responsible to voters, I would need to be able to represent them both in Parliament and on the ground. As an NCMP I am unable to do that,” she added.
In describing why she would not be able to support the people who voted for her on the ground Ms Lee narrated a recent incident where she applied to the PAP-managed Town Council to hold a charity food distribution event in Punggol East on 30th January 2016 (today).
This application was rejected by the town council “because they do not approve applications made by political parties”.

She said the rejection by the People’s Action Party (PAP) held town council is rather ironic because she never never rejected any applications from PAP-affiliates to hold events at areas managed by the WP Town Council when she was Member of Parliament (MP) of that constituency.
She further asserted that during her term as an MP, she was never successful in her applications to hold events at areas managed by the Housing & Development Board like Rivervale Plaza.
“As an MP there were many challenges on the ground working with PAP-affiliates to hold events in my own constituency, even if they benefited the residents,” Ms Lee lamented. But she promised to continue serving in her own way to make a difference to the lives of people.
She further remarked that the NCMP scheme is only useful to “aspiring MPs to show the people what they can do in terms of speaking up for them in the house”, and that Mr Goh fits this criteria.Follow us on Social Media