However, greater opposition competitiveness and pressure against the PAP hardly upends Singaporean politics 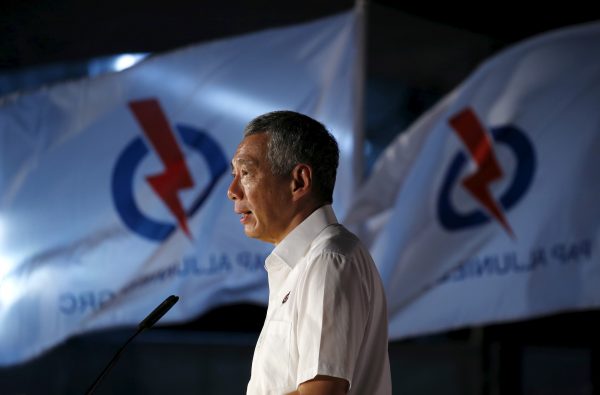 Singapore — The newly-elected 14th Parliament, much like previous parliaments, consists overwhelmingly of members from the dominant People’s Action Party (PAP). Yet it has become more representative of society along several key dimensions, including having the largest proportion of female and ethnic minority Members of Parliament (MPs) of any post-independence parliament.

It also has the largest proportion of non-PAP MPs. The opposition’s parliamentary clout is strengthened both by virtue of greater numbers, and through the PAP government’s symbolic conferral of the official title of Leader of the Opposition on Workers’ Party (WP) Secretary-General Pritam Singh.

Few had anticipated that the opposition would increase its parliamentary presence in the July 2020 General Election. The pandemic-induced climate of crisis was widely expected to deliver a clear PAP victory, giving the party a strong mandate to steer the city-state through the parallel public health and economic crises. This was the pattern in previous crises elections, when anxious voters embraced the familiarity and perceived safety of the PAP.

Post-election analyses offer several explanations, including a growing desire for more diverse voices in Parliament and greater checks on the dominant PAP. These factors undoubtedly contributed to the vote swing. But they are incomplete explanations because neither the desire for diverse voices nor dissatisfaction with aspects of PAP rule are sufficient impetuses for voters to automatically support whichever opposition party contests their district.

There is substantial variation in the appeal of the 10 contesting opposition parties that also affects voter decisions. While most commentary focuses on national level politics, voters’ concerns are often local, knowing well that the winning party in their district assumes responsibility for services in the Housing and Development Board (HDB) estates where most voters reside. Thus, even voters who are dissatisfied with the PAP may be cautious in supporting a questionable alternative, given the implications for their daily lives. In Singapore’s first-past-the-post system, this has been a major hurdle for the opposition.

A critical but often overlooked piece of understanding elections in Singapore is the centrality of a distinctive form of valence politics. The PAP has fostered a political environment where most Singaporean voters focus primarily on valence considerations in the form of party credibility — trustworthiness, competence and professional qualifications — rather than on ideology or policy positions.

Valence politics has played to the PAP’s substantial advantage in the past, given its greater experience, resources and control of the state. It also confronted the opposition with a fundamental dilemma. They could challenge the PAP on the valence considerations that resonate with most voters but play to the dominant party’s advantage, or differentiate themselves from the PAP by campaigning on ideological or policy-oriented appeals that are unlikely to resonate with enough voters to win at the ballot box.

This makes the success of the WP and PSP in the 2020 elections important. They were the only opposition parties that did not stray far from the PAP in terms of policy or grand vision for the country. The modest divergences they offered did not feature prominently in their appeals to voters. In short, they were able to stand up to the PAP on valence considerations, and only they were able to secure a parliamentary presence.

For the WP, the necessary credibility was achieved slowly over several election cycles through its moderate tone, strong candidate selection and professional leadership transition. The PSP attained credibility by leveraging its status as a PAP quasi-splinter party and presenting itself as an updated, untarnished version of the original. Their success suggests that the PAP’s monopoly on party credibility can no longer be taken for granted. If they can maintain that credibility and local electability, they will place the PAP under stronger pressure at the national level in future elections.

Even if the PAP faces increased electoral pressure, however, it remains a dominant party and there are no indications of a widespread appetite among the electorate for a non-PAP government in the near future. Importantly, neither the WP nor the PSP actually sought to form a new government this election and will likely continue that into the foreseeable future. Their ability to affect policy also remains limited.

Ultimately, the two opposition parties that largely align with the PAP performed well, with parties seeking more radical departures lagging behind. This suggests that the PAP’s general vision for the country may last well into the future even if its dominance wanes. So while the 2020 elections may mark the full arrival of greater opposition competitiveness and pressure against the PAP, it hardly upends Singaporean politics.

Steven Oliver is Assistant Professor of Political Science in the Division of Social Sciences at Yale-NUS College, Singapore. Kai Ostwald is Assistant Professor in the School of Public Policy & Global Affairs and Director of the Centre for Southeast Asia Research at the University of British Columbia (UBC). This article was first published on the East Asia Forum. Read the article in full here.Follow us on Social Media