Home News The Organization for the Prohibition of Chemical Weapons Offers to Help UK ... 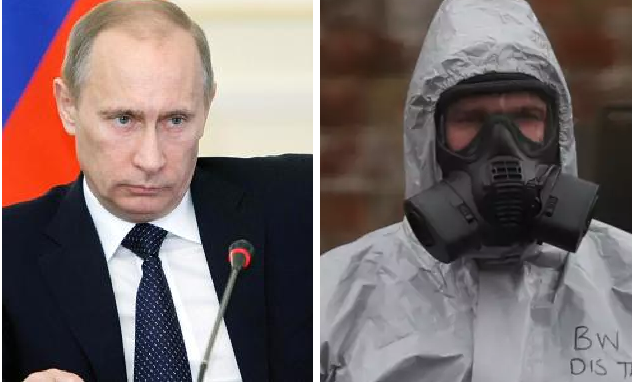 In the wake of people falling critically ill in the UK and Northern Ireland because of exposure to a nerve agent, the Organization for the Prohibition of Chemical Weapons (OPCW) has offered to help the United Kingdom with their investigation. On March 4, Sergei Skripal and his daughter Yulia were discovered on a park bench in Salisbury, unconscious. They are now hospitalized and are said to be in critical condition.

Ahmet Uzumcu, OPCW Director General, announced this in an address to the OPCW Executive Council. He said that the Secretariat had reached out to the UK with an offer of assistance last week, saying that the incident is of “serious concern.”

While the organization is not yet part of the UK’s investigation, they expect that the UK will eventually share their findings.

In 1995 Sergei Skripal, now 66, had provided information to British intelligence, and in December 2004, the Federal Security Service (FSB) in Russia arrested him for sharing state secrets. Two years later, with his military rank and awards rescinded,  he was sentenced to 13 years in a maximum security prison. However, by 2010, Mr. Skripal was turned over to US authorities in a spy swap, along with three other detainees, in exchange for ten Russian nationals. Mr. Skripal went to the Uk to live in that same year.

Earlier this week, Theresa May, Prime Minister of the UK, pointed to Russia as possibly having caused the incident against the Skripals. She announced that the nerve agent used was Novichok, a substance that had been made in the Soviet Union.

However by Tuesday, Sergey Lavrov, the Foreign Minister of Russia, denied that Moscow was responsible for the attack against Sergei and Yulia Skripal. Mr. Lavrov also said that the UK had not requested from Russia any information concerning the nerve agent used against the Skripals. Mr. Lavrov cited the Chemical Weapons Convention, which in this case would have required the UK to get in touch at once with a country it suspected to have used the nerve agent, as well as given that country access to the substance. According to the Chemical Weapons Convention, the country would then need to give an answer within ten days.