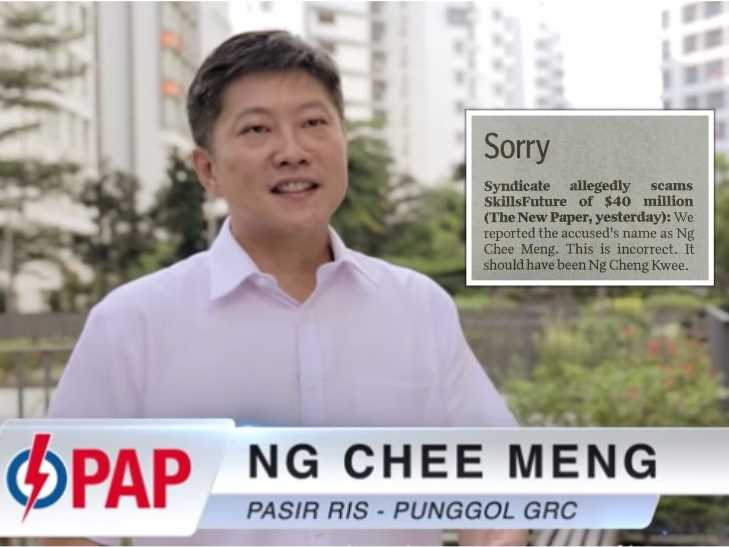 The New Paper misreported the name of one of the suspects in the $40 million SkillsFuture scam as “Ng Chee Meng” when the suspect’s name is really “Ng Cheng Kwee.”

Interestingly, one prominent individual with the name Ng Chee Meng in Singapore is the ruling party politician who serves as Member of Parliament for the Pasir Ris-Punggol Group Representation Constituency, Minister of Education (Schools) and Second Minister for Transport.

The New Paper published a correction on their newspaper the day after the error was published.