The meritocracy is a smokescreen for inherited privilege 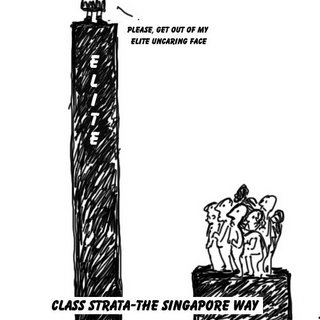 The politics of naming – who is called what by whom – can be used as a weapon, something we saw a great deal of in 2016 against a backdrop of the rise of populism generally. Sometimes it felt absurd: billionaires “taking back control” from “elites” was one narrative in the US election campaign, while during the Brexit debate in Britain we heard that Britain had heard enough from “experts” who were dismissed by Michael Gove, a government minister and leading advocate for Brexit, as elitist.

The subtext in both these debates centred upon a view that education and expertise constitute a new aristocracy which is just as exclusionary as an aristocracy of birth.

So there was a delicious sense of irony in a piece by Toby Young in The Spectator recently. Young sees “meritocracy” – a term coined by his father Michael, later Lord, Young – as the new ethos adopted by today’s ruling class. He believes is has been used to legitimise privilege as the outcome of individual talent, skill and effort rather than the result of birth or education. Young sees the contemporary economic landscape as embodying the situation described by his father’s satirical 1958 account.

For Young, the piece was a way of bashing civil servants such as the former ambassador to the EU, Ivan Rogers, whose recent resignation sparked such a furore and raised questions about who is really running the country – the faceless meritocrats or we, the people.

So what is “meritocracy”? The word is most usually defined as “a society governed by people selected according to merit”. The Oxford dictionary goes on to provide a helpful elucidation:

Britain is a meritocracy, and everyone with skill and imagination may aspire to reach the highest level.

Young (the senior) came up with the new word for the title of his essay The Rise of the Meritocracy – a satire which describes a future where merit, expertise and intelligence reign supreme over previous divisions of social class assigned by birth.

But his son has come to see sees “meritocracy” as exclusionary:

Young (the younger) may have something there. Contemporary sociological and economic research backs his claims. Economist Thomas Piketty’s phrase “meritocratic extremism” refers to how many of the wealthiest today justify their privilege through recourse to their hard work and educational credentials.

The week after Brexit I attended an “arts week” at an ancient British public school. While it shall remain nameless, I spent much of my time thinking about how I should characterise for the purpose of my research the young adults, their parents and friends who were my hosts.

Observing the virtuosity of 18-year-old jazz aficionados, young bakers who produced cakes to rival Mary Berry’s, and budding composers giving us renditions of Shakespeare sonnets set to original music which sounded reminiscent of Mumford & Sons, my host asked: “What is the biggest difference you’ve noticed in the arts of the public school system?” I responded: “The professionalism. No one at my school would have apologised for the absence of another pupil because they were double booked to play in Jools Holland’s band.”

This ethos of professionalism, an adjunct of meritocracy, was something emphasised in my book Elites, Race and Nationhood: The Branded Gentry. I make a claim that echoes of the past exist today giving rise to an elite who may be termed a “branded gentry”.

A landed gentry existed in a society which assigned class by birth, and the next generations inherited the capital which made this possible – generally land. The capital which young elites today inherit is the ability to brand themselves effectively and control their human capital in much the same way as their landed forebears did: their names have more equity, more investment, more sway than yours or mine.

Giles Coren – son of Fleet Street aristo Alan – is what I mean by branded gentry, whereas his brother-in-law, Alexander Armstrong, is proper landed gentry.

At the public school arts week, my hosts remarked upon how “cosmopolitan” the school is nowadays – sons and daughters of French professors, Russian oligarchs, Nigerian billionaires, Chinese business elites, and so on. I emphasise this point because, on speaking to them, you’d be forgiven for assuming their first language to be “Received Pronunciation” English.

What is cosmopolitan in this elite is that they are citizens of everywhere and nowhere. Despite coming from a number of different backgrounds and breeding, they are all similar: moneyed and educated. Meritocracy is really another name for the professionalisation of elite positions – seemingly removing traditional barriers of entry while erecting new ones that favour the already-established.

So when you hear someone refer to their professionalism, merit or hard work, it’s generally an attempt to divert attention from their inherited privilege. They are saying they deserve their position because of their individual performance – despite the reality that individual accomplishment almost always lags behind inheritance, accumulated wealth or contacts, and educational credentials.