The Independent Singapore News
Home News Featured News The lack of a proper social welfare system has left many of... 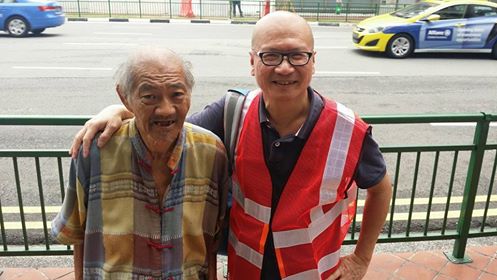 Bumped into this 70-year-old uncle who was collecting drink can when we were carrying out our charity event at Chinatown earlier today.

Gave him a $50 angpow and saw that he has only collected 5 to 6 cans in his big nylon sack.

Each used drink can fetches about five cents and he says its tougher now to collect them due to intense competition from other collectors.

He left us with a smile after collecting the angpow and obliged with a friendly photo together.

The lack of a proper social welfare system has left many of our elderly folks in a vulnerable position especially for those who have no family support. They have to toil hard and probably work till they die.

Those with illnesses suffer more as they could not go out to work and that’s probably why also the suicide rate among our elderly remains consistently high compared to other age group.Follow us on Social Media