The Independent Singapore News
Home News The flip side of why foreign talent was escorted out of clinic... 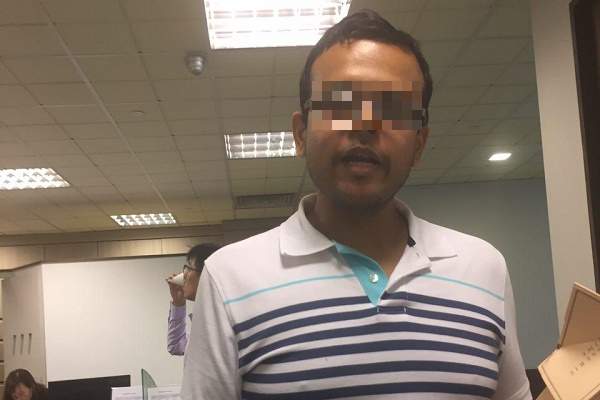 According to a TISG reader who was also an eye-witness of the incident (reader prefers to remain anonymous), this is the flip side of why the foreign talent was escorted out of doctor’s office after another patient called his son a mongrel.

—
I refer to your posting about a foreign talent at a Shenton Medical Clinic (https://theindependent.sg.sg/foreign-talent-escorted-out-of-doctors-office-after-another-patient-calls-his-son-a-mongrel). I am an eyewitness of the incident and this is what happened from the other side, from another point of view:

When this guy entered the clinic, the Indian family (father, mother and child) were occupying the entire sofa area and the boy was screaming and the mother was yelling at this boy. At the same time, the father was screaming at the clinic staff about why he has to wait for half an hour when he was told he was only going to wait 15mins. I heard the clinic staff whisper among themselves in Mandarin that they never told him 15mins, he made it up himself.

But the clinic staff chose to be completely patient with them and even let them cut queue.

The so-called “racist” took a seat right at the other side of the room and fell asleep because he was very ill. When the indian family emerged from the consultation room, the screaming continued all the way to the door where he was sleeping. With an extra large piercing screech followed by another loud scream from the mother, this guy woke up and said “shhhhhhhhhhhh”.

Immediately the family started to say “you think this is your home”, “watch what you say” – this guy thought that this was really hypocritical that this family had literally taken over the entire clinic to let that boy scream. So he said “fuck off” to them. And they said, how could you say that in front of a boy….all this time the boy was screaming and so was the mother. So the guy said, that is not a boy, it is a mongrel, you should all go back where you came from because we dont behave like this here.

And immediately the mother screamed “you hate indians, let me tell you, we have probably paid more taxes than you singaporeans” and she herself started calling this guy names (which I shall not repeat but will if you will take down this post which is very unfair to this guy). They demanded that the clinic staff help them make a police report but the clinic staff calmly told them to go to the police station instead. They demanded the staff released the guy’s particulars, which made everybody in the clinic laughed because it was a ridiculous demand.

They kept saying that the Singapore government loves them. You should not be discrediting the clinic, they have behaved professionally. May I suggest you take down that pic/post and post this article instead.

Anyway, in all fairness, you should be posting a pic of them if you are going to post a pic of that innocent guy.Follow us on Social Media