The Independent Singapore News
Home News Featured News The doctor who charged $24m for breast cancer treatment is in trouble... 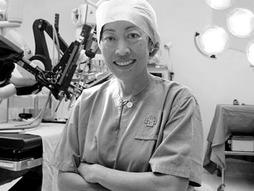 Dr Susan Lim Mey Lee faces more trouble – this time in the United Kingdom (UK). The Singapore-based leading robotic-assisted surgeon, was taken to task by the Singapore Medical Council (SMC) in 2012 for charging $24 million for the coordination of breast cancer treatment over a 6 months period for the Queen of Brunei’s sister in the year 2007.
She took SMC to Court over the Council’s decision to penalise her with a fine of $10,000 and to suspend her for 3 years on 94 counts of ‘particularly serious’ misconduct.
Dr Lim disputed SMC’s decision and lodged an appeal in the High Court here. The Court rejected her appeal, describing the fees she charged as royalty as being ‘opportunistic and arbitrary’ and ‘grossly excessive’.
The SMC then wrote to its counterpart in the UK, General Medical Council (GMC), alerting it to the disciplinary findings against Dr Lim. She is also a member of GMC based in London.
A panel in GMC is now investigating the case. It takes issue that Dr Lim did not notify the UK Council about the findings in Singapore against her, and may strike the doctor off their register if they find her guilty. Doctors on GMC’s register are duty-bound to inform the medical body on such allegations of misconduct.
Dr Lim tried to block GMC’s investigation by applying to the Court in UK, arguing that the case happened in 2007, and that she had not realised she was obliged to keep the body informed about the disciplinary case in Singapore.
There is a term-limit for the investigations of such misconduct under GMC’s rule and Dr Lim contented that it was now too late for GMC to take any actions against her.
The judge in UK ruled against her challenge saying she was duty-bound to inform GMC of the findings against her, and that the time-limit applies from the time SMC found her guilty.
The judge’s dismissal of the case means that GMC can now continue their investigations against Dr Lim.
Dr Lim is also a stem-cell researcher and has the honour of performing the world’s first successful liver transplant in the year 1990.Follow us on Social Media