The Independent Singapore News
Home News SG Economy The detention of a known religious fanatic extremist is no justification for... 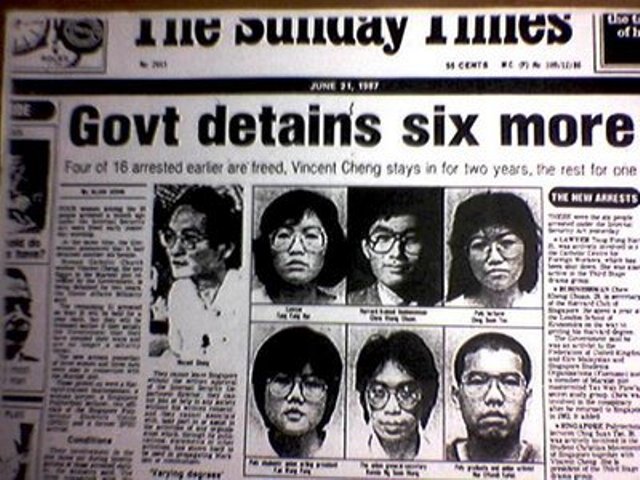 In the wake of the arrest of Zulfikar Mohamad Shariff, many have said that his arrest under the ISA justifies the ISA.

Now, I believe there is value in retaining the ISA, as long as there are sufficient safeguards to prevent its abuse (the current safeguards are not entirely satisfactory, but that’s another story). And I support firm and decisive action being taken in this case.

But we have to avoid making the knee-jerk, lazy conclusion that whenever a religious fanatic/terrorist sympathizer is arrested, it automatically means that the ISA is justified.

The ISA is a draconian law. It gives our government sweeping, discretionary powers to arrest and detain people for an effectively indefinite period of time without the possibility of judicial review. It is a nuclear weapon that should only be used in dire circumstances, where there is a clear, present and urgent danger that our national interests would be seriously harmed, but there is insufficient basis or time to build and process an otherwise proper legal charge.

In Zulfikar’s case, he made many brazen Facebook postings on ISIS, radicalized people, and allegedly admitted that he aimed to overthrow the Singapore government by establishing an Islamic state in Singapore. These could all arguably be sufficient to support various charges under the Penal Code. For example, s121 (attempting to wage war or abetting the waging of war against the government), s121B (imagining, devising or intending the overawing of the government by criminal force) and s298A (promoting enmity between different groups on grounds of religion or race and doing acts prejudicial to maintenance of harmony). And, unlike the ISA, processes under the Penal Code would have better due process and accountability.

Also, Zulfikar allegedly became radicalized as early as 2001, and set up an online group Al-Makhazin and made postings from 2013. The government could clarify why it sees the urgency to act now under the ISA, when it didn’t see the urgency all those years before. Especially since he made several return trips to Singapore between 2002 and 2014.

Furthermore, the case against Zulfikar appears to be clear enough with his explicit, brazen online postings. The government could clarify whether the case hinges on any other information, intelligence or surveillance that is sensitive, which if disclosed in normal court proceedings could undermine future policing efforts. Even if such sensitivity exists, the government could clarify why the risks associated with disclosure cannot be addressed by say closed (as opposed to open) court proceedings.

We live in a dangerous world. And desperate times sometimes call for desperate measures. I do not defend Zulfikar. But we should continue to be circumspect about the use of our most lethal legal weapon. And we can start off by not assuming that its existence is always justified by its use.

—
Republished from Respect Singapore’s FB.Follow us on Social Media