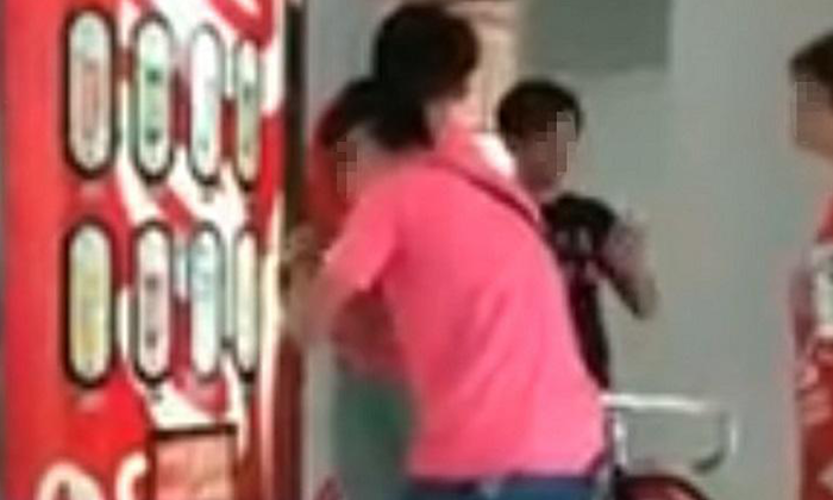 A group of teenagers were caught attempting to pry open a drink vending machine with a screwdriver to allegedly steal the coins in the machine, at Block 126A Edgefield Plains in early October. When they were caught, the teens hurled vulgarities and began kicking the machine, causing cracks, instead of fleeing.

A resident, 32-year-old Mr Zhang, told the Chinese daily that his student is the one who spotted the teens as he was passing by:

“He saw five or six teenagers. Some of them rode bicycles while others were on skateboards. Two of them were using a screwdriver to pry open a vending machine a the void deck in order to get the coins inside. They seemed young and could have been secondary school students.

“When they discovered my student was taking a video of them, they started hurling vulgarities. My student quickly left but returned later to the scene. The teenagers did not leave but became even more daring. They even kicked the machine, until there were cracks on the plastic display.”