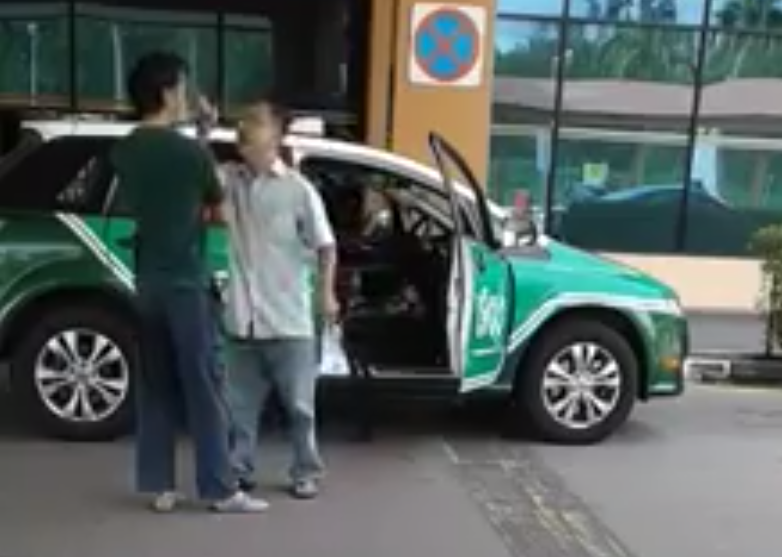 2 taxi drivers almost came to blows after a misunderstanding over “queue cutting” erupted at Tanah Merah Ferry Terminal around 9.45am on Monday.

The dispute began when a 57-year-old cabbie pulled into the taxi stand and saw two taxis parked there. Seeing that the taxis were not moving, the cabbie assumed they were just relaxing and followed a Comfort DelGro taxi that pulled in front of the stationary taxis.

However soon after, one of the taxi drivers in a stationary taxi behind the elderly cabbie exited his taxi to confront him about cutting the queue.

Netizen Ivan Chan shared the following video capturing the argument online where the two taxi drivers begin hurling vulgarities at one another in the explosive debate that ensued, desperate for customers:

During the argument, the older taxi driver gets up in the younger one’s face in what appears to be an attempt to intimidate him before getting back into his cab. Fortunately, the argument did not escalate into a fistfight and the cabbies leave each other alone shortly after.Follow us on Social Media