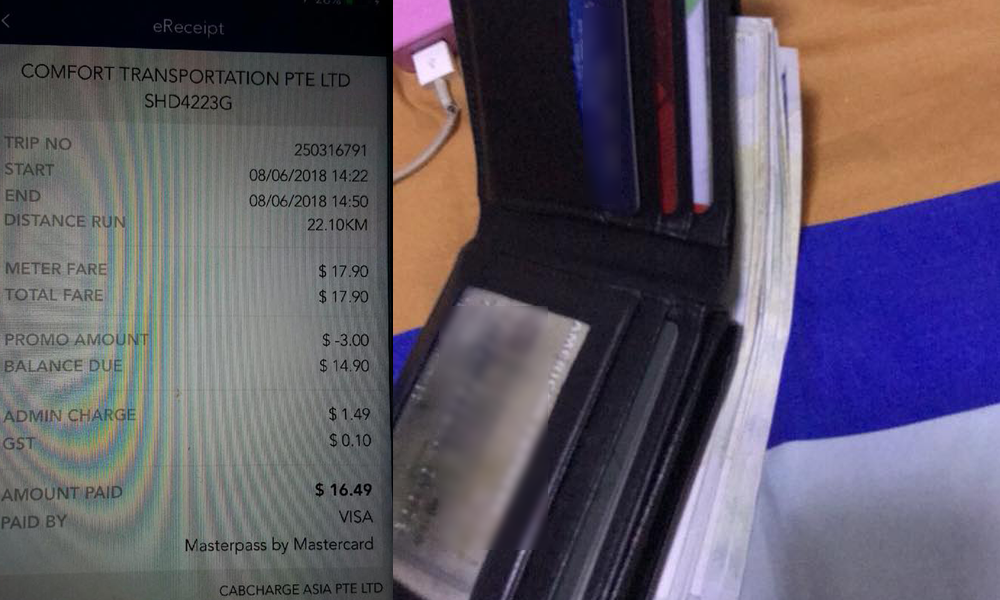 An honest taxi driver returned a misplaced wallet to a passenger even after noticing that it was chock full of cash – S$1200 to be exact.

The passenger, Daniel Teoh, recounted that he took taxi SHD4223G from Chinatown to Sengkang recently and left his wallet packed with cash in the vehicle as he alighted. When Teoh reported his wallet missing, the taxi driver took the trouble to travel back all the way from Ang Mo Kio to Sengkang to return the wallet.

Incidentally, Teoh is also a taxi driver. Sharing that he always imagined what he would do if he found a wallet in his own taxi full of money, Teoh thanked his kind cabbie for teaching him the value of honesty: “I always think, ‘If one day I found a wallet full of cash, what should I do’. Because of you, SHD4223G, I will do the same thing to be an honest taxi driver. Thank you.”

Today I m so thankful to a CDG taxi driver ..I take he taxi from Chinatown to sengkang but I forgot my wallet inside he…

Check out more stories where taxi drivers went the extra mile for their passengers: