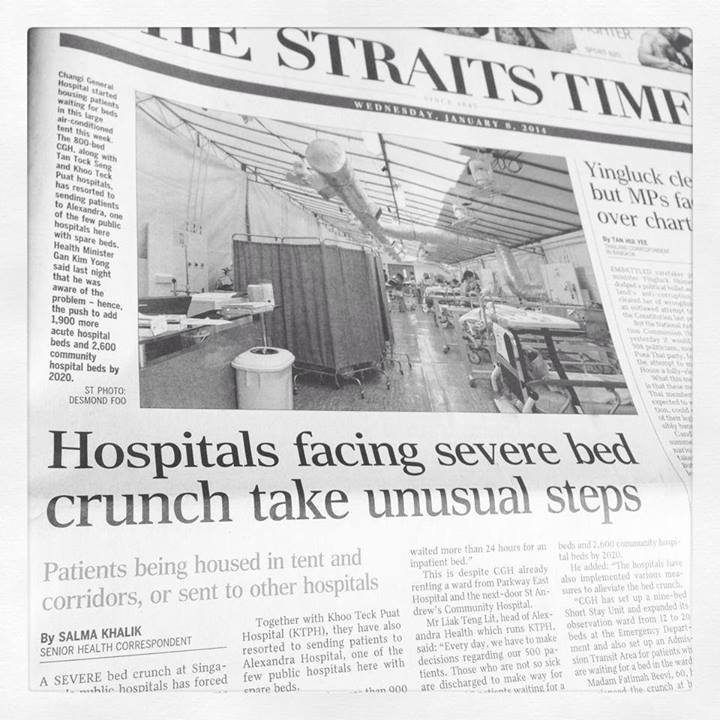 The patient was warded for 4 days for an unknown illness, for which his total hospitalisation bill came to $6,494.97, and after almost 75 percent subsidy from Government grants the patient was expected to pay $1675.81.
The issue of bed crunch in Tan Tock Seng Hospital had previously surfaced in social media. In Aug 2015, a Facebook user Gopi Bala shared a picture in his Facebook which showed many beds cramped in a small area of a hospital.
A photo which has been circulating in social media purportedly shows more than ten beds cramped in a small area of what appears to be a hospital ward. Some beds were placed just in front of another, seemingly to save space.

“World class health care at TTSH. My friend’s dad with dengue had to wait here for some hours and was finally warded at CDC. We have a really talented Minister in charge. This photo was taken yesterday (18 Aug 15) afternoon at 2pm,” the picture was captioned.Follow us on Social Media