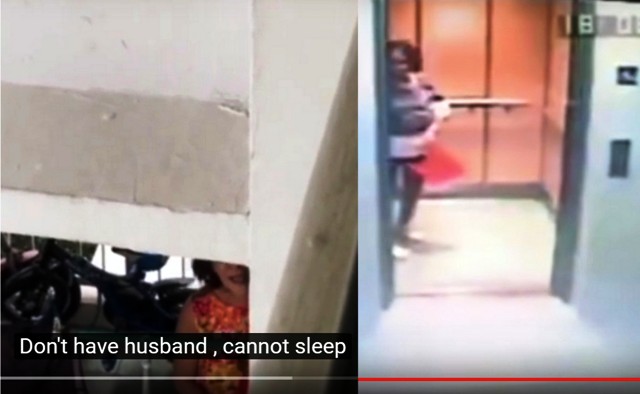 Youtube user Jane Smith shared the video of a Chinese woman seemingly harassing her neighbours. Besides other inconsiderate acts, the woman is accused of throwing pork on her Muslim neighbour’s front door.

Jane Smith said that the person being harassed is her sister-in-law who lost her husband and daughter a few years ago. The user who titled her video, “Muslim Hate Crime in Tampines, Singapore”,  said: “Throwing (pork) meat on someone’s front door is inciting religious and racial hatred! That’s a crime!”

The video was uploaded on 25 July and since then, it has been viewed over 55,000 times. According to jane, the harassment has been ongoing for the last 6 years.

“Everyday this neighbour shouts hurtful and disturbing words about the loss of this (her sis-in-law’s) family,” said Jane in explaining that it has caused severe stress on the family. jane’s sister-in-law was also recently admitted to hospital due to this harassment.

Jane claims that the Police were not able to arrest the harasser as she locks herself in her home and ignores the Police. The user said that she was sharing the video because she felt helpless.

The video does capture a Chinese woman mocking the dead husband and child of a neighbour, and spraying water on neighbours’ clothes. But Jane claims that the most recent disturbing act happened during the month of Ramadan, when the harasser allegedly threw port at her sister-in-law’s doorstep. She was caught on CCTV and the Police were called and yet again, jane claimed.

But again, no actions could be taken because the harasser would not open her door, claimed the Youtuber.
[fvplayer src=”http://youtube.com/watch?v=WFX5S2BoNK4″]

—
According to an article on the topic in Yahoo Singapore, the Malay woman the Chinese neighbour was railing against is a 61-year-old widow Marliah Jonet, and the incident happened at Blk 247 Tampines Street 21. The neighbour lives on the 9th floor, one floor below Marliah’s flat.