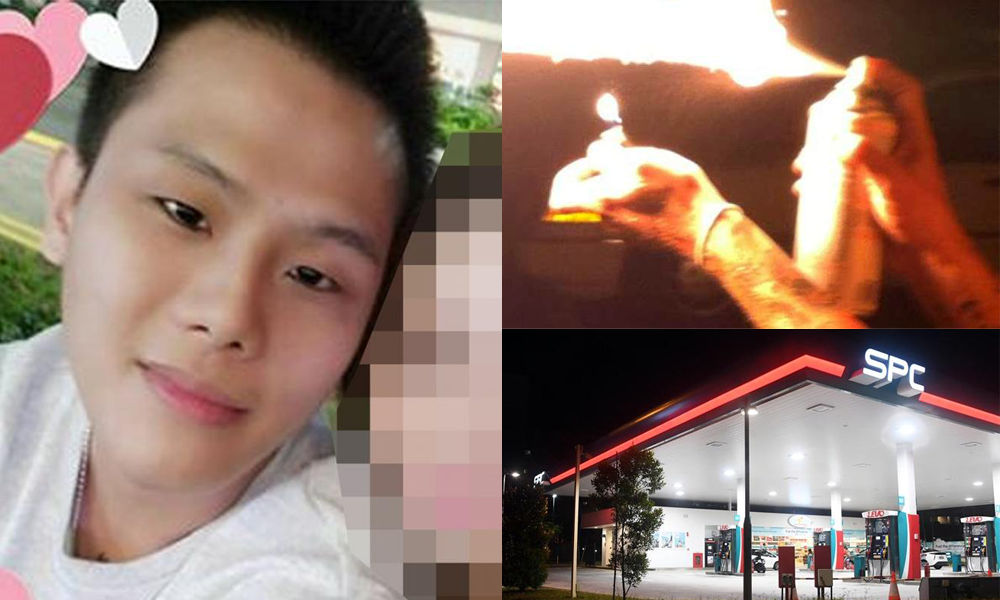 A customer at the SPC petrol station along Tampines Avenue 4 suddenly lost his temper for seemingly no reason and threatened to light the petrol pump attendant on fire, on Wednesday (28 Feb).

The incident occurred around 2am that day, when the man pulled into the petrol station and demanded that the petrol pump attendant fill up his tank with 95-grade petrol to the exact amount of S$33.33 – not a cent more nor less.

The attendant, who wishes to remain anonymous, recounted to the Chinese daily: “I asked him if he’s sure that that’s what he wanted. He suddenly lost his temper and used vulgar words on me, then used a bucket near the pump to hit me in the back.”

The attendant reportedly moved away to avoid worsening the situation but the customer chased after him. The attendant rushed into the convenience store for help when the man tried to set him on fire:

“I asked the convenience store staff for help. The man was outside and scolding me. He then took out a propane can, light a flame on his lighter, aimed the can at the flame and sprayed.”

The customer has since been arrested and has been charged in court.

According to court documents, the man – who had been arrested and charged with 2 counts of robbery in March 2017 – was out on bail when the incident occurred on Wednesday.