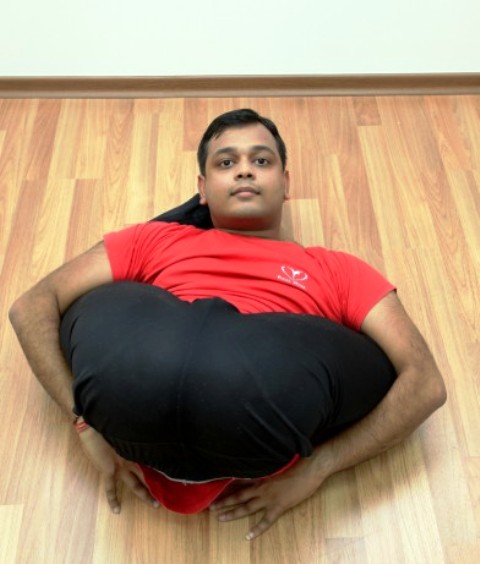 On the second day of the molestation trial of yoga instructor Rakesh Kumar Prasad yesterday, it was revealed in court that he tried to apologise to the victim but only three months later.

Rakesh, an Indian national, is accused of groping a female student three times last Apr while giving her a 1-to-1 lesson.

He allegedly also offered to refund part of her yoga membership fee out of his own pocket.

While most Singaporean students would still be studying for their ‘O’ levels at 16, Rakesh was already teaching yoga, presumably making good money for himself, at that age.

This is according to the information on his company’s website (www.realyoga.com.sg) stating that Rakesh has “more than 8 years of teaching experience right from his hometown in India”.

“He is trained and certified as Real Yoga teacher at our Kolkata branch before setting foot in Singapore,” the website added.

However, since Rakesh was charged with molestation, the company has already deleted the information from its website. However, through Google cache, this information can still be retrieved.

Since it was revealed in court that he is 24 years old this year, that means he must have started teaching yoga at 16 as a teenager.

It was also revealed that Rakesh’s company, Real Yoga, had employed instructors mainly hailed from India. This is according to information from its website. It’s not known how many Singaporean instructors were employed at Real Yoga (https://theindependent.sg.sg/alleged-yoga-molester-graduates-from-tata-works-hight-school).

A netizen tried to defend Real Yoga’s decision, “Yoga comes from India. It’s only natural that the school employs Indian nationals for the job. When Singaporeans do not have the necessary expertise, it’s perfectly justified to employ foreign talents for the good of Singapore.”

Another then asked, “You sure there are no Singaporean yoga experts in Singapore? And just because yoga originated from India, it is natural to employ Indian nationals??”

“Please go and tell NUS where they employed an ang moh expert in Chinese studies as head of department for Chinese study in NUS,” he added.

Indeed, according to a news report, NUS recruited Prof Kenneth Dean, an American, to head the department of Chinese studies last year. He is said to be the first non-Chinese to hold this position since the department was established in 1953.

So, that is to say, it’s not always necessary to employ people from the same place to teach a subject which originated from that place to begin with. For example, Taekwondo is taught by many Singaporean instructors here even though the martial art originated from Korea.

Rakesh’s trial continues. The maximum penalty for molestation is two years’ jail, a fine and caning; and for using criminal force, three months’ jail and a $1,500 fine.