The Independent Singapore News
International Business & Economy Suspected arsonist brought back to crime scene in Jurong West before being... 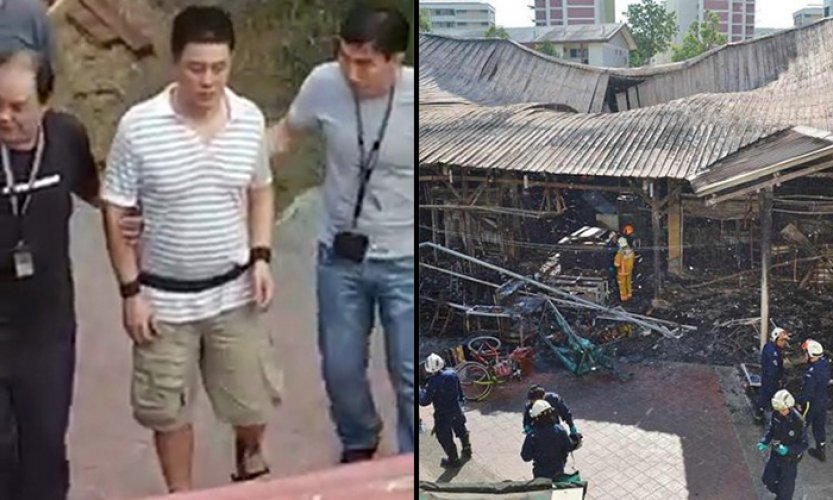 A 41-year-old man was charged in court today (15 Oct) for causing a fire which destroyed a wet market and two coffee shops in Jurong West. The man, Lim Ying Siang, allegedly set fire to styrofoam boxes at the market at Block 493 Jurong West Street 41. The incident happened on Tue (Oct 11) at 2.42am. The suspected arsonist is a Singaporean.

A video shared by Facebook user Kevin Van Persie of the suspect being brought to the incident spot by the authorities have gone viral.

Several commenters who responded to the video expressed outrage. Lim, is charged with the offence of committing mischief by fire with the intent to destroy a building, and could be jailed for life, or imprisoned for up to 10 years and fined.

It may take a year to rebuild the wet market. The rental and conservancy charges for the affected stall holders will be waived during this period.Follow us on Social Media