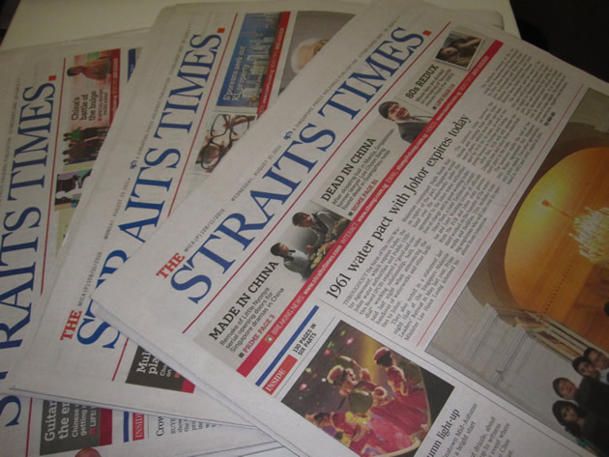 By: The Singaporean Observer

As there still some Singaporeans who think that The Straits Times (as well as other Singapore mass media) is totally impartial in its content, I would just like to show one example why this is not true in today’s Straits Times (11 Mar 2017).

Look at the forum letter written by Andrew Koh “Small costs add up to a big impact on retail stores” either on the hard-copy version of The Straits Times or online. Read the whole letter and tell me whether the title suits the content of the letter. Or do you think that a title like “High rentals killed retail here” would be a better fit, which naturally follows the explicit conclusion of the writer?

By doing this, it has achieved the following objectives:

At the same time, it published a huge headline on the cover page of Section C’s Business with the text “Supermarkets, F&B lift January retail sales” to ensure that most of its readers get the message that our retail scene is “really” not that bad.

(Unfortunately, our retail scene and SMEs are in a bad shape but our government benefits the most through high rentals, which explains why they are doing this.)

This is an example of how the Singapore mass media subtly make minor changes to the headings of news or letters as well as arrangement of news article layouts to nudge its readers to a more pro-government stance.

Sadly, many Singaporeans do not know how to spot this or are simply too busy to bother even trying.

So what should we do?

I hope that this small write-up will motivate more of us to work on our powers of observation and hopefully make us better critical thinkers as we shouldn’t allow the general Singaporean populace be described as “gullible”.