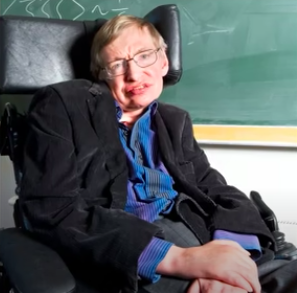 The family of the renowned British physicist Stephen Hawking has donated his ventilator to help treat hospital patients with novel coronavirus, it said on Wednesday.

Hawking died in 2018 aged 76 after a glittering career dedicated to unlocking the secrets of the universe, despite a life-long battle with a severe form of motor neurone disease.

His daughter, Lucy, said the ventilator he used has been given to the Royal Papworth Hospital in Cambridge, eastern England, where he received medical care during his life.

“As a ventilated patient, Royal Papworth was incredibly important to my father and helped him through some very difficult times,” she said.

“We realised that it would be at the forefront of the COVID-19 epidemic and got in touch with some of our old friends there to ask if we could help.”

Hawking, who spent most of his life in a wheelchair and talked using a computer speech synthesiser, had some equipment from Britain’s state-run National Health Service.

His daughter said that device was returned after his death but the ventilator was bought personally by the Cambridge University academic and author of “A Brief History of Time”.

The Royal Papworth Hospital has doubled its critical care capacity as a result of the outbreak, which has seen more than 17,300 deaths across Britain.

Hawking’s ventilator has now been added to additional machines brought in to help the most seriously ill patients after being checked by the hospital’s engineering department.

Papworth’s clinical director for respiratory medicine, Mike Davies, said they were grateful to the family for the donation.

“We are now extremely busy caring for patients who are critically ill with COVID-19 and the support we are receiving from patients, their families and the local community means a great deal,” he added.