“They could’ve just said everyone is urged to abide by Covid-19 rules during this holiday period or something like that.”, wrote one commenter.

Singapore — The Straits Times (ST) featured a headline last week that did not go over well with some netizens, who felt that the newspaper was unfairly singling out Muslims.

On Friday evening, ST published an article entitled “Muslims in S’pore urged to abide by Covid-19 rules during Hari Raya Haji celebrations,” based on a Facebook post from Minister-in-charge of Muslim Affairs Masagos Zulkifli earlier that day.

Mr Masagos urged fellow Muslims “to stay vigilant and abide by the measures in place to keep community transmission low,” for the Hari Raya Haji celebration on Tuesday (Jul 20), including booking slots for prayer times at mosques, using the TraceTogether, and continuing to observe safe management protocols.

He further warned that breaching the measures may result in mosque closures, and added that more than 18,000 people have registered for Hari Raya Haji prayers across 66 mosques.

Unfortunately, the headline did not go over well with netizens, who felt that Muslims had been singled out unnecessarily.

“They could’ve just said everyone is urged to abide by Covid-19 rules during this holiday period or something like that.”, wrote one commenter.

“Muslims aren’t the only ones celebrating this PH you know? Better to address Singaporeans as a whole,” wrote another.

Another pointed out that the “entire aidilfiltri prayer booking system crashed in the first 10 minutes BECAUSE so many people were trying to abide with the rules.” 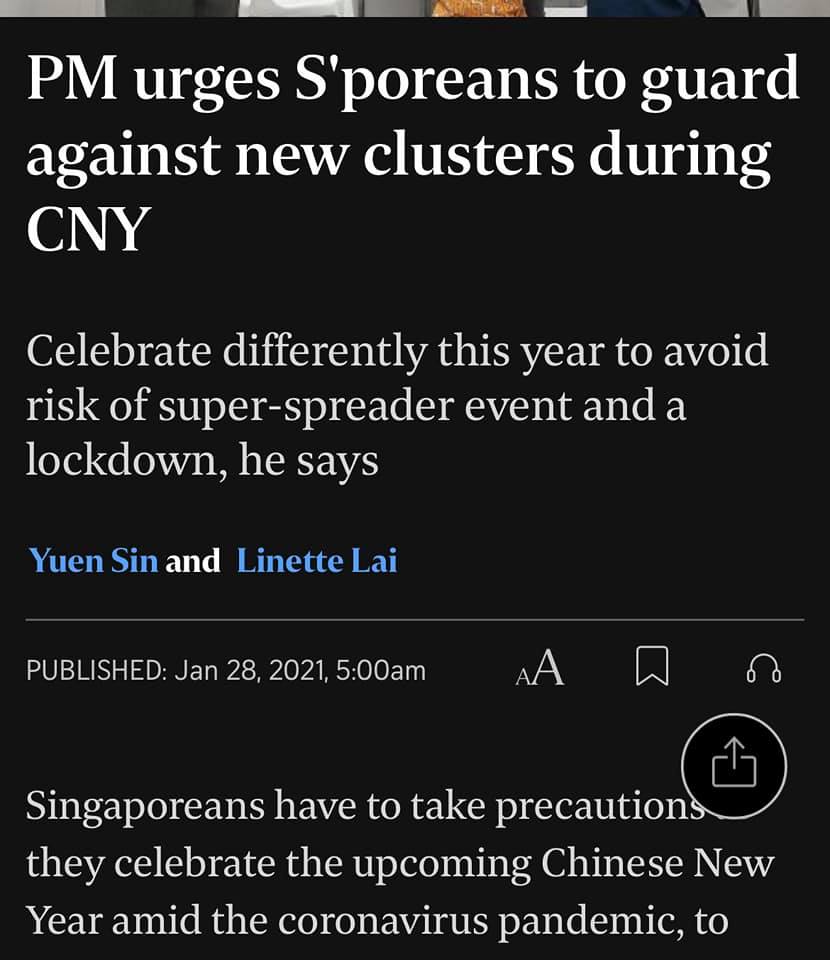 Someone else “fixed” the headline, internet-style. 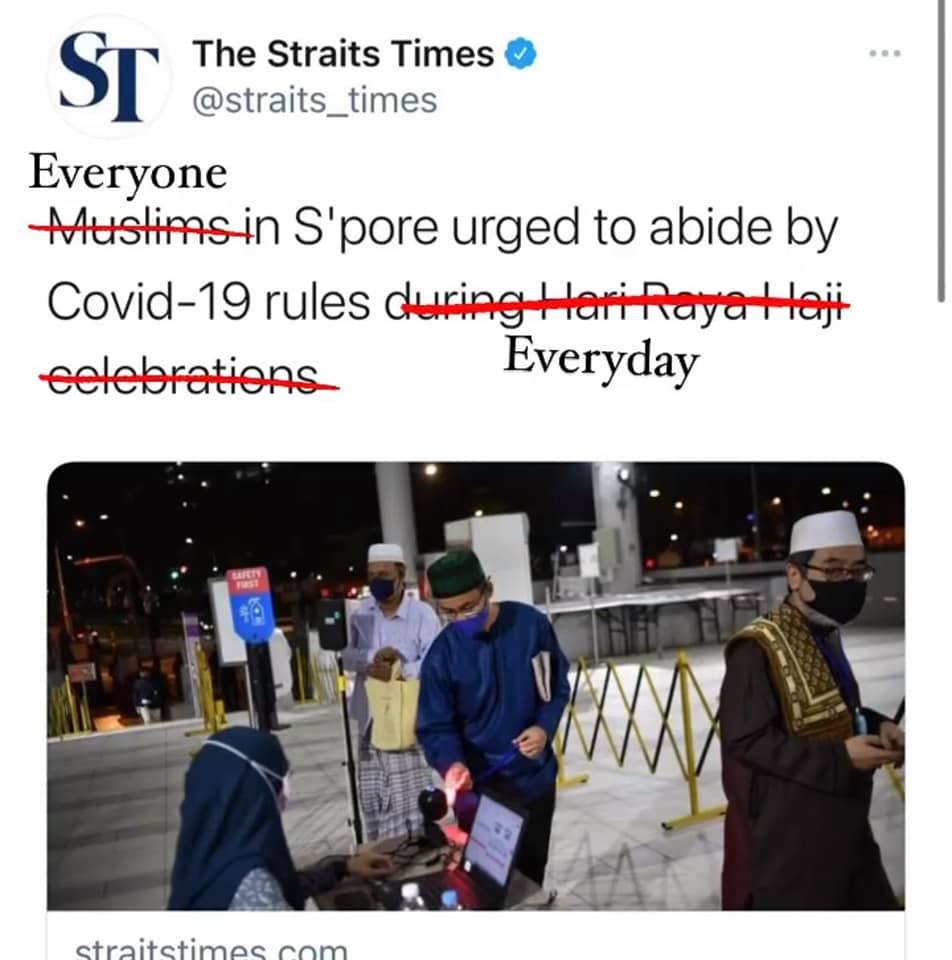 Others pointed out that one of the problems with the headline was its timing, given, perhaps, the spate of racists incidents in the country in the past few months.

Some netizens pointed out that it has not been Muslims who have driven the infection numbers in Singapore recently, after all, since these have been concentrated mostly among those who have visited KTV lounges. 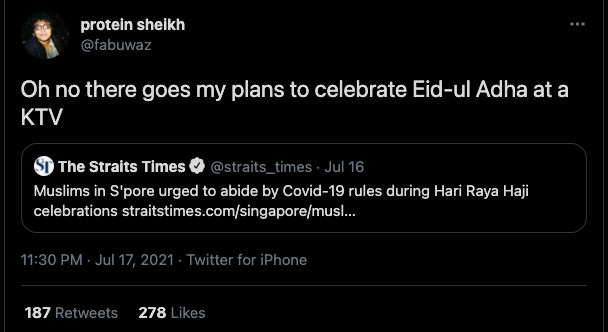 Interestingly, the article was published again the following morning (Jul 17). This time it removed any mention of Muslims in the headline as it was simply entitled, “Abide by Covid-19 rules during Hari Raya Haji: Minister.” /TISG