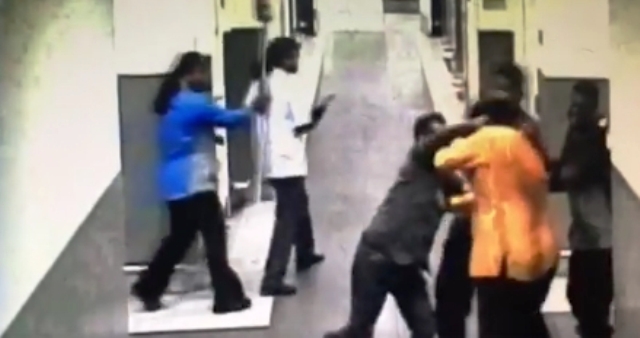 A video of Sri Lanka’s High Commissioner to Malaysia, Ibrahim Sahib Ansar, being assaulted by a group of people at the Kuala Lumpur International Airport (KLIA) on Sunday (4 Sep) evening has surfaced.

Mr Ibrahim was at KLIA to send off Sri Lanka’s Primary Industries Minister, Daya Gamage, who had attended the International Conference of Asian Political Parties (ICAPP), in Kuala Lumpur.

In Nov 2010, WikiLeaks made public secret US cables 2009–10, which suggested that Rajapaksa was ‘responsible for war crimes’.

In April 2011, Secretary-General of the United Nations Ban Ki-moon published a report by a UN-appointed panel of experts, which concluded that as many as 40,000 people were killed in the final weeks of the war between the Tamil Tigers and government forces.

In July 2011, UK’s Channel Four News reported and filmed evidence of targeted shelling of civilians, executions and atrocities committed by the Rajapaksa government.

Rajapaksa’s government has denied all allegations of war crimes.

Sri Lanka’s Ministry of Foreign Affairs, condemned the act of violence “in the strongest terms, and said that the “High Commission of Sri Lanka in Kuala Lumpur is coordinating with local law enforcement authorities in Malaysia and other relevant local authorities to identify perpetrators and assist with investigations.”