The Independent Singapore News
Home News Soon after his friend's success at the polls Sundram lands a dream... 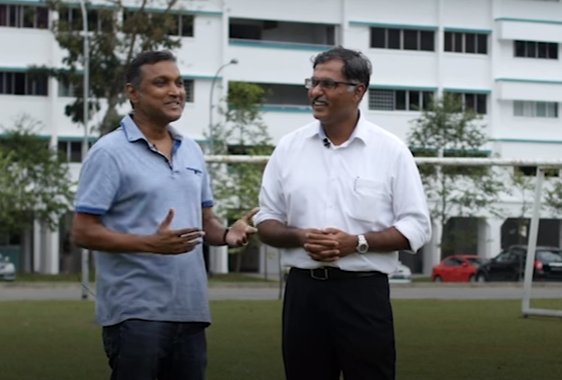 “For me, personally, if there is an opportunity to manage the national team, I would definitely be open to taking it up. I was a former national player and it would (be) a dream to become the Singapore national coach.” – V Sundramoorthy, Apr 2016
The dream of the man who used to be called the bad boy of Singapore soccer has come true. After a one-month search for a new national coach, the Football Association of Singapore (FAS) has reportedly decided on V.Sundramoorthy as its choice. Sundram will take over from Bernd Stange, who left his post in April.
The 50-year-old will the first local national coach since Vincent Subramaniam, who left in 2000.  Today newspaper reported that “FAS had initially shortlisted three European coaches for the national coach post, only to decide to give Sundram the chance to lead Singapore on a permanent basis.”
Sundramoorthy came out late last month to endorse his former classmate Murali Pillai for the by-election in Bukit Batok.

Sundramoorthy is a legendary striker who is best known for leading Singapore to a Malaysia Cup victory in the 1990s. We will soon see if he will also leave his mark on the local soccer scene as an exceptional national coach.Follow us on Social Media