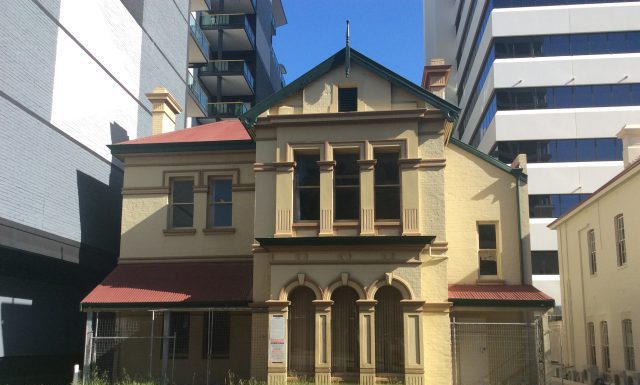 Australian properties owned by some Singaporeans were forced sold by the Australian Taxation Office (ATO).  The ATO forced them into the action after alleging that they bought them illegally.

Besides the Singaporean owners of Australian properties, other foreign nationals have also been forced to sell their real estate down under. In total, 316 properties across Australia were ordered sold after ATO deemed that they were bought illegally by breaching foreign investment rules.

The 316 Australian properties were sold between 2015 and October 31 this year.

The ATO said that the Australian properties which were forced had been owned by people from a range of countries, including Singapore, China, the United Kingdom and Malaysia. Some of the foreign owners also came from Indonesia, India, the United States, Hong Kong, Italy and Germany.

ATO said that the Australian properties were collectively worth more than $380 million, with almost half of them (144) bought in Victoria, 73 in New South Wales and 64 in Queensland.

In February 2015, the Australian government announced that the ATO will take responsibility for both approving foreign investment in residential real estate and a new register of foreign investment in agricultural land. On 2 May 2015, the same government provided further details of the new functions the ATO will be given as part of the initiative to Strengthen Australia’s Foreign Investment Framework.

The forced sales come after the ATO was given responsibility for residential real estate compliance in 2015, to ensure foreign nationals holding Australian properties illegally are held to account. The ATO has in total issued more than 1500 penalty notices to people who have failed to obtain foreign review board approval before buying a property, or breached a condition of an approved application.

“This is the result of the government’s commitment to enforcing our rules,” Treasurer of Australia, Josh Frydenberg, said on Monday.

The forced sale of the properties comes at a time when investing in Australian property has become popular with overseas investors and Australian expats looking for strong returns and stability. Overseas property markets such as Hong Kong or the United States have suffered significant crashes that are completely unheard of in Australia.

Australia is considered a stable real estate market because around 70 per cent of Australian households are homeowners so there is relatively little speculation. There has also been a consistent undersupply of housing in most capital cities. Further, Australia has a responsible lending legislation and prudent economic management via the Australian Prudential Regulation Authority (APRA), reducing the risk of asset price bubbles.

Australian properties have never seen prices fall more than 20 per cent in one year.

If you are a not a resident of Australia and are planning to buy a piece of real estate in Australia, there are certain rules you have to comply with. Foreigners are only allowed to purchase new properties, rather than established ones. Prior to the purchase, you must be able to secure an approval from the Foreign Investment Review Board (FIRB), which is responsible for ensuring that foreign investments are beneficial to Australia’s economy. This explains the logic behind forcing foreigners to purchase new dwellings, as this adds to the current housing stock.

Singapore may now be the biggest foreign investor in Australian property, but the Australian banks have recently tightened their lending on housing loans.

Singapore property investor flies in just to buy Melbourne home for $135,000 above reserve

“Australians have it so much better than Singaporeans in Singapore when it comes to properties. Not only do they have nicer, bigger homes, they also have easier financing options such as interest-only payments. Untold wealth has been obtained from buying properties to rent out, so it is not only Asians that are crazy with property.”

Scenario of Investing in Australian property:

Interest rates at 4% per annum equals to $3,333 per month Interest.

As an investor, you have a monthly cash flow of: –

Most banks in Australia can offer between 70% to 80% loan. Several can offer 85% to 90% loan. Many banks are specifying that for “Interest only” loans only for “Owner occupied” units. This reduces the risk of default for the banks as these are genuine demand for the houses as the owners are occupying the houses.

Singaporeans love the space the nature and the 4 seasons of Australia. Many Singaporeans further their studies in Australia or consider Australia as their second homes.

Borrowing in Australia is becoming more difficult, only the best credit profiles could borrow in Australia providing that they have residency status. Lending to non-residents have become as rare as the extinct dinosaur.

While Australia has started to tighten their lending, Singapore banks are still selectively lending to Australian property purchases for Singaporeans or Permanent residents who is a tax resident in Singapore.

With Australian banks tightening lending, some defaults and hardships may start to appear. However the problem is not yet severe as long as employment remains strong.

While many countries have started to tighten lending, Singapore banks have already tightened lending since 2013 based on MAS’ restrictions. But perhaps Singapore may remain as a relative lending bright spot amidst tightening in Australia, Hong Kong, Malaysia, China.

A 2016 census showed that migrants now comprise up to 60 per cent of residents in some Perth suburbs as the city continues to be transformed by new arrivals. Foreign-born concentrations led by people from India and Malaysia are growing in middle-class suburbs, while more Chinese are moving into wealthy suburbs closer to the CBD.

iCompareLoan’s Overseas Property Finance solutions may provide a simple and flexible way for investors from Singapore to purchase or refinance properties in Australia. They may also allow such investors to take advantage of investment opportunities by borrowing against their existing properties.