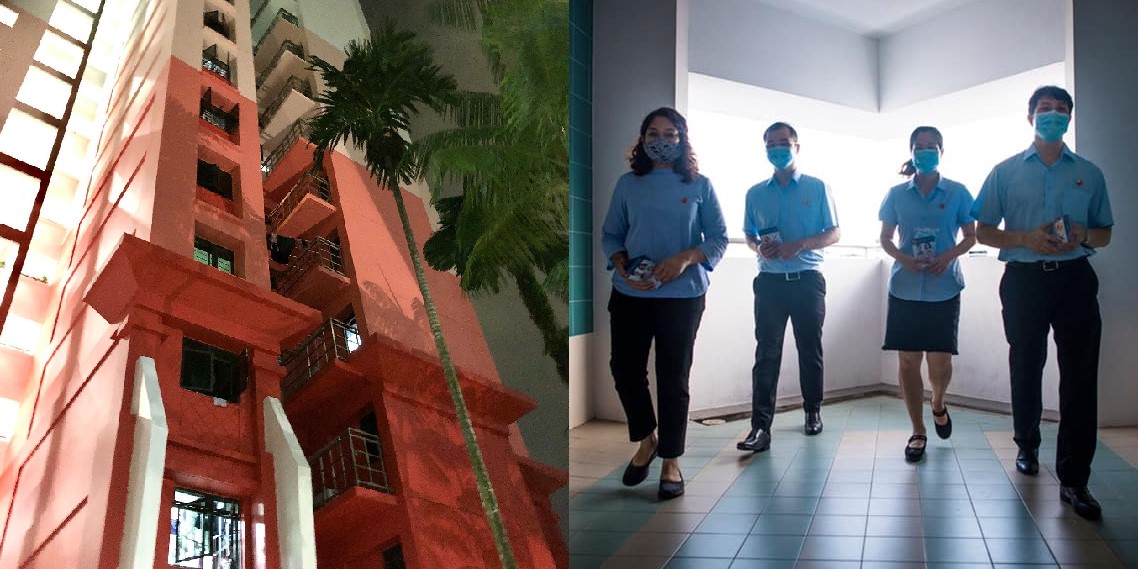 Sengkang GRC MP Louis Chua Kheng Wee revealed last week that some of his residents were unhappy with the red colour scheme that was selected for HDB façade repainting works, even though the colour scheme was chosen by popular vote.

Mr Chua, a first-time MP who was elected in the July election, revealed that Repair & Redecoration (R&R) works are currently underway at a cluster of blocks in his Rivervale division of Sengkang GRC.

While most residents were happy that the blocks were being refreshed and repainted, the MP said he “received feedback from a few residents who were literally seeing red after the repainting was done, and have expressed concerns over the choice of colours.”

The Workers’ Party (WP) politician looked into the issue and noted that the colour schemes were proposed by the Residents’ Committee and was selected through a survey of residents. 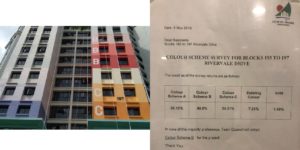 Revealing that the survey results were displayed on the ground floor notice board at the blocks, Mr Chua said that the decision of the residents would have to be respected. Pointing out that it would not be wise to repaint the blocks once again, he wrote:

“Given that the choice of colours was decided upon by the majority of residents, and that a proper process was in place, we’ll have to respect the decision of the residents in this instance.

“Further, significant amounts of monies have already been incurred for the R&R works, and it would not be financially prudent to carry out another repainting exercise.”

Mr Chua and his team spoke to the residents who were concerned and explained the situation. Revealing that the residents were understanding, he promised to use the experience as a learning point for Sengkang Town Council (SKTC) and pay closer attention to such matters in the future.

He wrote: “I’m glad that residents whom we’ve spoken to do understand the situation at hand. Nonetheless, we will be using this experience as a learning point for SKTC, and we will be paying close attention to the choice of colours and block repainting designs going forward.”

SKTC is Singapore’s youngest town council and was created this year after Mr Chua and his colleagues – He Ting Ru, Jamus Lim and Raeesah Khan – won Sengkang GRC at the polls.

The fight for the ward, which was newly carved out ahead of the 2020 election, saw three prominent ruling party parliamentarians get ousted in a historic upset by an opposition team consisting mostly of first-time candidates.

Singapore — Opposition Peoples Voice (PV) secretary-general Lim Tean took to Facebook on Thursday (Jan 21) to discuss the live-stream of parliamentary sessions early this month. ***You Can Do Your Part to Create a Fair and Equal Singapore.*** Equality is a Founding Principle...
View Post