SMRT publicises rising satisfaction in bus and cab services; leaves out data in same report of decline in MRT ratings 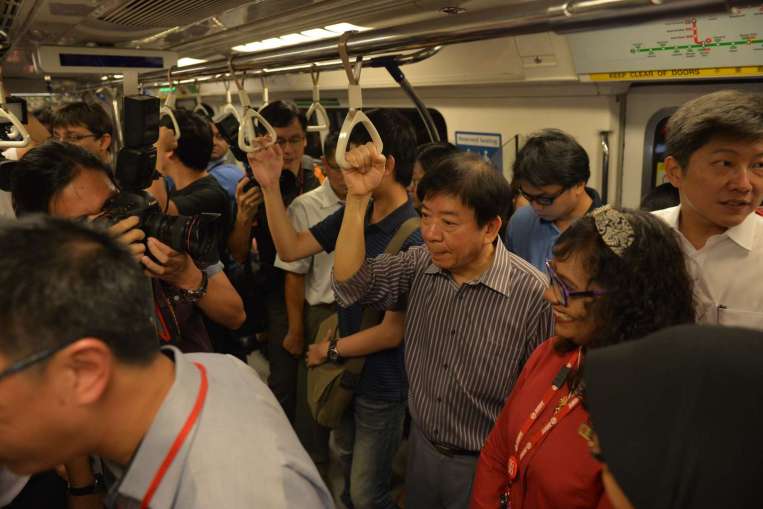 As SMRT’s public relations team combats brickbats online due to not providing adequate and sufficient updates on train service disruptions, its last attempt to put a positive spin on a customer satisfaction report has also backfired.

Although the group acknowledged the difficulties commuters face as train delays and disruptions have become an almost daily affair, it largely left out data in the same service satisfaction report it linked that asserted that satisfaction scores for SMRT’s train services are on the decline.

According to the report, customer rating on the reliability of trains is on a year-on-year decline.

Netizens were quick to call SMRT out for “picking the good things to say when there is a serious problem with the system”:

Henry Lai: Your core business is running the mrt train operations…there would be scant consolation when your other secondary businesses like taxis and buses improves …

And also, have you heard the voices from the ground beseeching your management to buck up on your communication (of train delays bit )? Or you choose to pretend not to hear?

Rex King: No sense of shame. It’s bad enough that the MRT service has gone from bad to worse. Now we still have to tolerate your own delusional self-praise.

Lynn Ashley Sim: Why talk about the improvement when the reports also mentioned the declining satisfaction in the train service? Stop picking the good things to say when there is a serious problem with the system.

Hwee Teng Lee: If it is improving, just keep quiet because you will jinx it.

We are pleased to note that the customer satisfaction scores for SMRT’s bus and taxi services continue to improve. We…