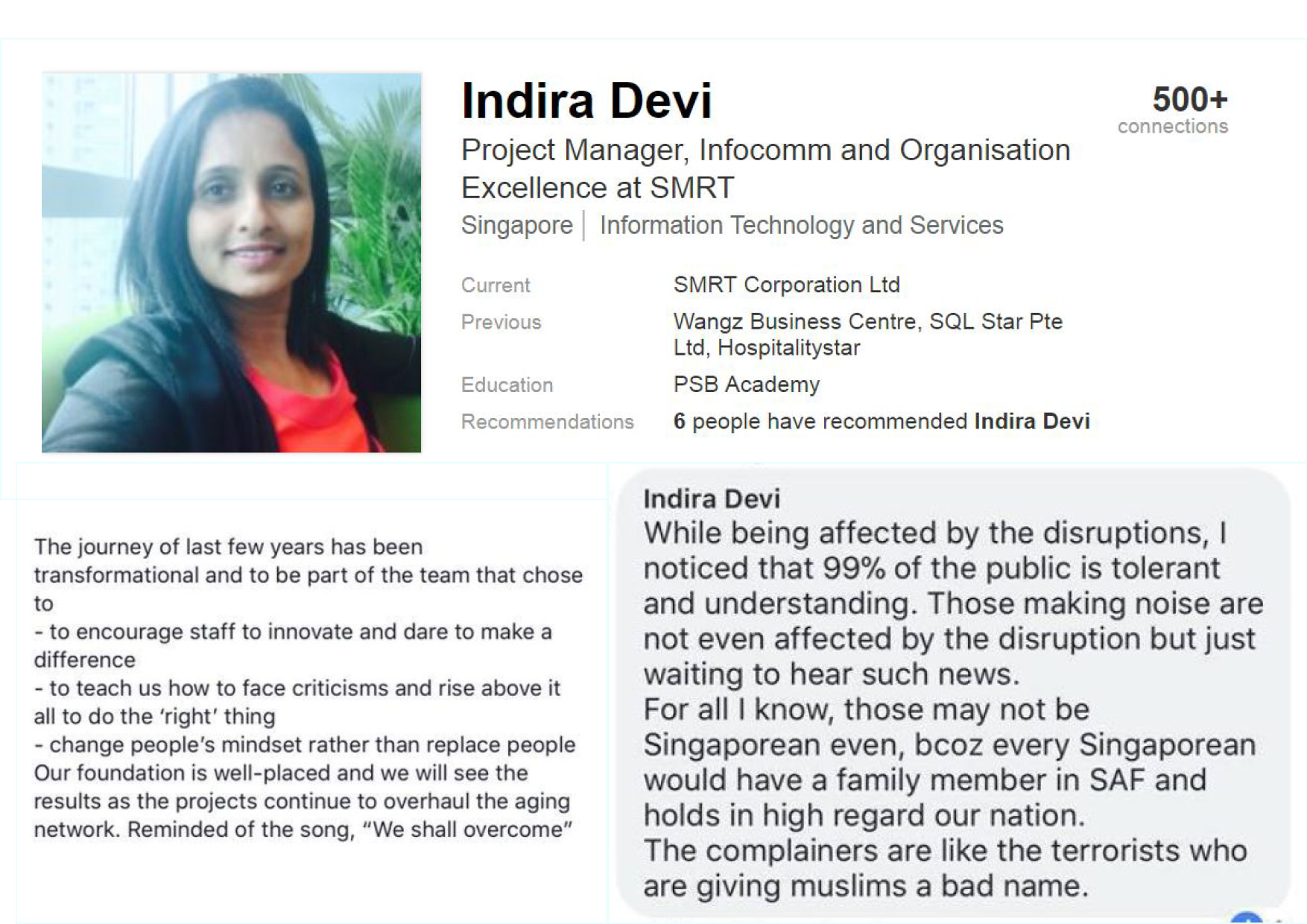 An SMRT project manager, Indira Devi, has likened people who complain about persistent MRT disruptions as “terrorists” in a Facebook post yesterday.

This comes after Prime Minister Lee Hsien Loong, Transport Minister Khaw Boon Wan and the top brass of transport operator SMRT have come out to express their dissapointment over the issues plaguing the public train system, in the wake of the Oct 7 MRT tunnel flooding incident that inconvenienced a quarter of a million commuters and the MRT collision last week where at least 38 people were injured.

Showering praises upon SMRT CEO Desmond Quek, Devi – who presently works as a project manager at Infocomm and Organisation Excellence at SMRT according to her LinkedIn profile – also alleged that people who complain about train issues are likely not Singaporeans.

This is particularly interesting since Devi’s LinkedIn profile shows that she studied at the Ghousia College Of Engineering and the National Institute of Information Technology – colleges from India. This means that she is likely a newer citizen, if she is a citizen of Singapore at all.

Devi’s post comes after an independent research survey conducted by market research firm Blackbox that shows that 65 percent of Singaporeans do not think the MRT system is run well.

Devi has since deleted or made her inflammatory post private. View screenshots of her original post here: