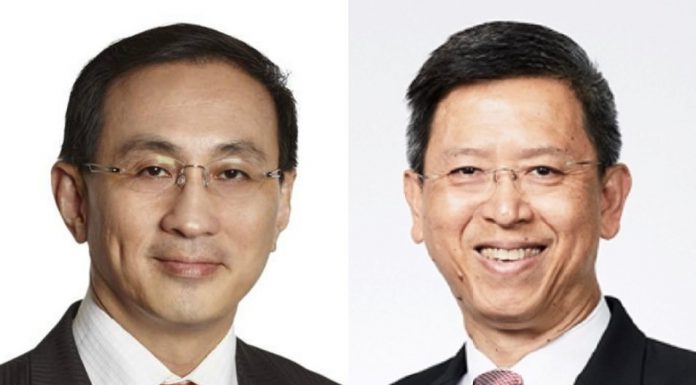 SMRT’s confirmation that ex-General Neo Kian Hong will succeed outgoing CEO Desmond Kuek has drawn mixed reactions from netizens. The transport operator confirmed heated speculation that Kuek is stepping down from the post he has held for nearly six years today and confirmed that his successor, 54-year-old permanent secretary Neo, will join the organisation from 1 Aug 2018.

In a statement today, SMRT chairman Seah Moon Ming revealed that Neo was chosen following a global search. Around 20 candidates were reportedly considered. Asserting that the board is “confident that he will be able to lead SMRT towards achieving operation excellence,” Seah said:

“On behalf of the board, I welcome Kian Hong as the next group CEO of SMRT. The board was impressed with Kian Hong’s appreciation of interdisciplinary collaboration, as well as his vision and experience in leveraging new technologies for public service.

“I have had the opportunity to work alongside Kian Hong during the Sars crisis and witnessed his sense of mission, hands-on approach to problem-solving and decisive leadership.”

Neo, who is leaving 35 years in the Administrative Service to join SMRT, said in the statement:

“I am conscious that there will be challenges ahead. I know the public expects safe and reliable train services. I will work very hard to meet their expectations. I also recognise that successive generations of board, management and staff have worked very hard to deliver a good system. I will do my best to build on their foundation, and work with the SMRT team at all levels, as well as with Land Transport Authority, to continue to deliver, and improve on, a reliable and sustainable system.”

Seah further thanked Kuek for his contributions to the organisation. Noting that Kuek had “intensified recruitment and upskilling to deepen the engineering and operational capabilities of the SMRT team, and initiated rigorous training programmes to reinforce the service and safety culture of the company,” Seah added:

“The board would also like to express its appreciation to Desmond for his deep commitment and significant contributions to strengthen SMRT’s overall capabilities over the last six years…Desmond had set in motion many initiatives to deliver a more robust service, including the multi-year renewal and upgrading of rail assets.”

On his part, Kuek did not give an indication on what his plans are after leaving SMRT. He only said that has been his privilege to serve alongside the dedicated SMRT team and that it has been a privilege to have led the organisation during a critical time of system renewal and organisational transformation.

Kuek’s tenure at SMRT was marked by various controversies – from the deaths of two trainees who were struck by an oncoming train, to the unprecedented flooding of an MRT tunnel and a collision between two trains that injured over 30 individuals, besides countless train service breakdowns.

Netizens have expressed that replacing an ex-General with another may not make much a difference to correct the “deep-seated issues” within SMRT and wondered why SMRT turned to another ex-General after a supposedly global search:

Others noted that Neo is known to be a “ruthless” and “fierce” ex-General and have opined that his working style may be what SMRT needs: