A new whitepaper released by Monster.com paints a sluggish picture of online recruitment trends in Singapore between 2011 and 2015. 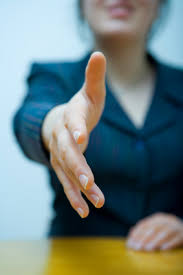 Hiring sentiment in Singapore has remained incredibly cautious in 2015, and will continue to be slow in 2016, according to new insights released by Monster.com today.
The Singapore Recruitment Market Overview whitepaper looks at how online recruitment has been affected by changing government policies between 2011 and 2015, and highlights how labour market reforms have had an impact on various industry sectors and occupation categories over time.
Based on data collated from the monthly Monster Employment Index (MEI) – a gauge of online job posting activities recording the industries and occupations showing the highest and lowest growth in recruitment activity – the paper also provides some forecast for the future for online hiring activity in Singapore.
Recorded since 2011, the MEI shows that annual growth between 2011 and 2012 was 13% – the steepest compared to all other years. The year 2012 registered double-digit growth in all months except for November and December, which is when the country likely started to feel the impact of labour reforms and stricter recruitment policies enforced by the government.
2013 witnessed a slowdown in the pace of growth for online recruitment, with an annual decline of 5% on average. Again, this was attributed to the tightening of foreign labour and was in line with the Ministry of Manpower’s own data that indicated a regression of foreign employment from 6.8% (67,100) in 2012 to 4.6% (48,400) in 2013. During this time, most industry sectors experienced stunted hiring activities.
Despite kicking off with negative annual growth of 1% between January 2013 and January 2014, the year improved as February registered higher growth of 3% annually. The MEI exhibited positive growth until September 2014 when momentum slowed again. November growth then showed 4% growth, with 2% in December.
Since January 2015, the annual growth registered has been negative. As at August 2015, the year-on-year growth saw a 10% decline.

“Overall, online recruitment has slowed down in Singapore in recent years. Much of the slowdown is driven by external factors, such as China’s economic slowdown and the influence of the declining oil industry, and these global shifts undoubtedly have an affect on the local labour market over time,” said Sanjay Modi, Managing Director of Monster.com (India, Middle East, Southeast Asia, Hong Kong).
“Productivity has also remained weak in Singapore, while the tightened labour market has continued to push up real median incomes. All these factors play into a more cautious approach to hiring across industries, which is likely to continue across 2016. There will continue to be demand for numerous skilled professionals in niche markets, but it is important for employers locally to be mindful of the need for a well-balanced workforce to enable productivity of their business and the economy.”
Banking and financial services sector had heavily weakened hiring intentions in 2015
The BFSI sector has traditionally always been one of the most thriving for Singapore’s economy, however 2015 has been rather slow for the industry in terms of growth in employment.
As per the MEI, the average annual growth for the sector back in 2012 was 11%. By 2013, while all other sectors saw restrained growth, BFSI was one of only two sectors to witness a positive hiring trend, albeit with a slowed pace. In 2014, the sector remained the most dynamic for online hiring with an average annual growth of 15%, but by 2015 it had only seen moderate positive annual growth in January and February. March 2015 saw a sharp decline of 15%.
Overall, H1 2015 indicated a decline in demand of 5%, thanks to banks switching back offices to cheaper locations, which has had an impact on hiring. The government’s push to cut down on foreign hiring has likely further added to this overall slowdown.
Demand continues to grow within Singapore’s booming Education sector
According to this whitepaper’s latest finding as at August 2015, the eight-month annual growth was steepest in Singapore’s Education sector at 3%. It was also the only sector to witness positive growth in this time.
The Singaporean economy is witnessing a rising demand in education by locals as well as expatriates. In response, many educational institutions are forced to meet this growing demand, meaning hiring intentions are on the rise.
According to the MEI, the Education sector was one of the top recruiting industries with an annual growth of 16% in 2012 on average. In 2013, recruitment actually declined significantly by 13%, but growth picked back up again in 2014 with moderate average growth of 2% year-on-year. In 2015, online recruitment in the Education sector had the most notable average annual growth of 3% between January and August.
Singapore’s IT sector is picking up slowly after a slump in hiring
The Singapore Government is attempting to level the playing field in the IT, Telecom/ISP and BPO/ITES industry between foreign hires and local nationals. While this is essential to regulate hiring activity, the industry’s competitiveness cannot be compromised – and we have seen this balance being struck through the MEI data.
Between 2011 and 2012, the sector witnessed average year-on-year growth of 12%, but this dipped heavily the following year with either negative or no growth until October 2013. The pace of growth then picked up for the next 16 months, although it was still not extreme.
E-recruitment activity improved in 2014, registering 12% year-on-year growth on average. While H1 2015 registered no growth on an average, the latest data for August 2015 indicated an annual decline of 10% percent. However, on a positive note, short-term growth between February and August 2015 saw positive growth of 5%.
Singapore’s Hospitality talent woes has kept demand high – until now
With 16% growth on average during 2012, the Hospitality sector was one of the steepest in hiring demand among all sectors for this period under study for the MEI. Demand for Hospitality talent has always been high in Singapore, as the industry has been plagued by high turnover, but this has started to slow down significantly in 2015.
So far, 2015 has registered negative annual growth from February to August, with only January seeing a moderate positive growth of 1%. H1 2015 saw negative growth of 8% between January and June.
The most recent year-on-year data revealed a 19% percent dip between August 2014 and 2015 – the steepest decline since December 2013.
—
About the Monster Employment Index
Launched in May 2014 with data collected since January 2011, the Monster Employment Index is a broad and comprehensive monthly analysis of online job posting activity in Singapore conducted by Monster India. Based on a real-time review of millions of employer job opportunities culled from a large, representative selection of online career outlets, including Monster Singapore, the Monster Employment Index presents a snapshot of employer online recruitment activity nationwide. Monster has taken due care in compiling and processing the data available from various sources for Monster Employment Index, but does not guarantee the accuracy, adequacy or completeness of any information and is not responsible for any errors or omissions or action / decision taken or for the results obtained from the use of such information.
About Monster Worldwide
Monster Worldwide, Inc. (NYSE: MWW), parent company of Monster, the premier global online employment solution for more than a decade, strives to inspire people to improve their lives. With a local presence in key markets in North America, Europe, and Asia, Monster works for everyone by connecting employers with quality job seekers at all levels and by providing personalized career advice to consumers globally. Through online media sites and services, Monster delivers vast, highly targeted audiences to advertisers. Monster Worldwide is a member of the S&P 500 index. To learn more about Monster’s industry-leading products and services, visit www.monster.com. More information about Monster Worldwide is available at http://about-monster.com/