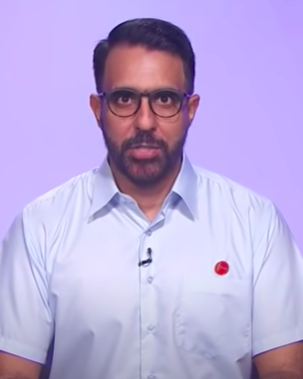 If Pritam Singh resigns, the Workers’ Party can topple the ruling party

Workers’ Party leader Mr Pritam Singh is facing a situation somewhat similar to the troubles of British Prime Minister Boris Johnson now, and the Watergate scandal decades ago. This was alluded to by Singapore’s Prime Minister Lee Hsien Loong during the debate in Parliament on Feb 15 over the saga related to falsehoods told by former Workers’ Party lawmaker Raeesah Khan.

Mr Singh is the Leader of the Opposition since his party commands the most opposition seats in Parliament. Yet he faces a significant chance of resigning that post in disgrace if a court judges him guilty of perjury. The Committee of Privileges, or COP,  alleged in its findings that Mr Singh lied under oath when he said he did not abet Khan in her false statements made on Aug 3 and Oct 4 last year. Ms Khan had lied about accompanying a sexual assault victim to the police station. In a speech in which she alluded to this incident, she alleged that the police had mishandled the case. She subsequently admitted  lying and resigned as Member of Parliament on Nov 30 last year.

During the Parliamentary debate on Feb 15, Mr Singh rejected the COP’s findings that he or any other Workers’ Party member had committed offences. He said he had no objection  to being referred to the Public Prosecutor, vowing to exonerate himself. On Feb 15, Parliament voted to refer him and Workers’ Party vice-chair Faisal Manap to the Public Prosecutor.

During the same debate, PM Lee said, “Online, people call this Raeesah-Gate, after Watergate. And just like in the original Watergate affair, while investigating Ms Khan’s transgressions, the (Committee of Privileges) unexpectedly stumbled upon a cover-up by (Workers’ Party) leaders, even more serious than the original offence.”

For covering up his role in a 1972 break-in at the Democratic Party headquarters in the Watergate building in 1972, US President Richard Nixon resigned in disgrace in August 1974. In the succeeding half century, the “-gate” has since been appended to a series of scandals, most recently  Partygate, which iis currently engulfing British PM Boris Johnson.

In Partygate, two former prime ministers from Mr Johnson’s Conservative Party, Theresa May and John Major, have both publicly rebuked him for allegedly taking part in parties in violation of Covid-19 rules implemented by his own government.

PM Lee pointed out: “Mr John Major, the former British Prime Minister recently made a speech, triggered by Partygate, I am sure, lamenting the state of British politics today.” Mr Lee quoted Mr Major as saying, “If trust in the word of our leaders in Parliament is lost – then trust in government will be lost too.”

Lee highlighted the risks of lowering standards in Parliament by citing the Indian Parliament which contains accused murderers and accused rapists. He qualified it is said many of the allegations of crimes against Indian lawmakers were politically motivated. Presumably, Lee does not want Singapore’s Parliament to sink so low as to harbour rapists and murderers, to which I agree.

Although Mr Johnson has denied any wrongdoing, he is likely to suffer Nixon’s fate in being compelled to resign with dishonour. Several members of his party have submitted letters of no confidence in him, while he is being investigated by British police on whether he attended parties in violation of Covid-19 curbs.

If Mr Singh stands trial, it is possible he might be acquitted. At the Parliamentary session on Feb 15, Workers’ Party chair Sylvia Lim said it was a misconception that her evidence given to the COP supported its case against Mr Singh.

It is commendable that PM Lee said during the parliamentary debate that there is no guarantee that the PAP will perpetually remain the ruling party and he did not rule out the possibility that the Workers’ Party and other opposition parties may in future run Singapore. Many democracies like the US and UK change ruling parties in less than 20 years. The PAP’s 63 years in power is an anomaly.

PM Lee said many countries were founded with high ideals and its first leaders were “often exceptional individuals of great courage, immense culture, and outstanding ability”. He was probably referring to his late father, Singapore’s first Prime Minister, Mr Lee Kuan Yew, without naming him. But beyond that initial fervour, for some countries, succeeding generations often find it hard to sustain this momentum, PM Lee noted. To prevent this loss of momentum, it is vital for Singapore to have a strong opposition which also has integrity.

The probability of an opposition politician becoming Prime Minister of Singapore is increased by the current uncertainty surrounding the leadership succession. PM Lee turned 70 on February 10, but no clear successor has emerged among the next generation of PAP ministers. Amidst this uncertainty, a dark horse can arise as a serious contender for the top post, and that dark horse can be an opposition politician.

In a democracy, if a political leader resigns in disgrace, that need not weaken his party. On the contrary, if British PM Johnson resigns, as seems likely, his Conservative Party will perform better at the next elections. That is the motivation for several members of Johnson’s own party to call for his resignation.

If Mr Pritam Singh is acquitted, he will bounce back as leader of the Workers’ Party renewed in strength. Alternately, if he resigns, Singapore may get a formidable Leader of the Opposition. Then the downfall of Mr Singh may cause the downfall of the PAP.

Toh Han Shih is chief analyst of Headland Intelligence, a Hong Kong risk consulting firm. The opinions expressed in this column are his own.