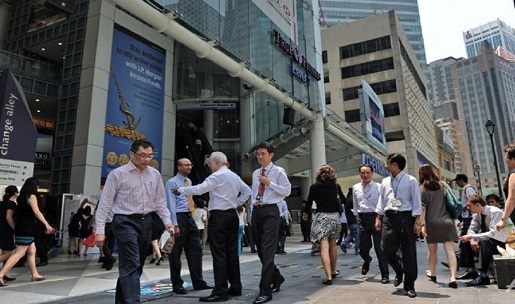 According to a new report by Credit Suisse, Singapore is losing export competitiveness compared to the rest of the region due to its rising costs of businesses.

The report noted that wages in Singapore has “continued to rise in spite of low productivity growth, depressing corporate profits… driven in part by the foreign- labour curbs imposed since 2010″

A separate report released last year showed that real wage growth has increased by 1.1% over the past 5 years while productivity growth has managed only 0.4% within the same period.

As a result of wages not keeping up with productivity, new investments have slowed down while existing businesses are investing less, according to surveys.

The authors also foresees that the MAS will engage in monetary policy easing at its next October meeting due to a combination of flagging economic growth, negative inflation and a dependence on exports.

It was further noted that Vietnam, Philippines and China are winning the export race in Asia due to their improving competitiveness and having the right product mix.

Earlier this month, it was reported that July non-oil exports slumped 10.6% year-on-year against economist expectations of 2.5%. Separately, factory output fell by 3.6%.Follow us on Social Media