Home News Singapore's economy is alright this year but dark clouds are on the...

Singapore’s economy is alright this year but dark clouds are on the horizon: PM Lee’s May Day speech 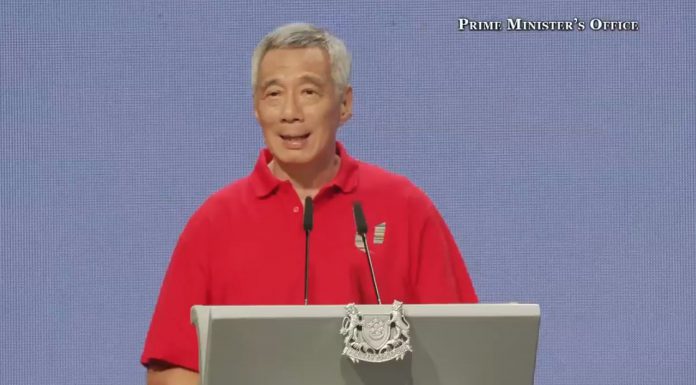 Prime Minister Lee Hsien Loong delivered his May Day speech at 10.30am, this morning.

Speaking to a 1,600-strong audience, PM Lee touched on a variety of topics – from tensions between the US and China and what it means for Singapore to what the responsibility of a new generation of Singaporeans is:

THE RESPONSIBILITY OF THE NEW GENERATION OF SINGAPOREANS

PM Lee called on the new generation of Singaporeans to renew the nation while holding steadfast to the values that have led Singapore to succeed, such as the instinct to plan ahead, the drive to do better, the sense of mission and the duty of stewardship.

Noting that the Pioneer Generation built the nation from scratch while succeeding generations brought Singapore to First World status, the head of government said: “What is the responsibility of this generation of Singapore? It is to renew Singapore – open a new chapter, create new possibilities and frontiers for our country.”

Asserting that they must do this while holding on to the previous generations’ values, PM Lee said: “This shared responsibility for the future is our strength. It is how we will show others – and ourselves too – that Singapore still has what it takes to succeed.”

PM Lee revealed that the productivity boost helped the economy perform better than expected last year, achieving 3.6 per cent growth. He said that the economy could grow by over 2.5 per cent this year if momentum is sustained, but that this also depends on the external environment.

The PM expressed that Singapore may be drawn into trade tensions between the US and China if things escalate and that this may hamper Singapore’s exports as well: “Singapore will suffer collateral damage even though we are not involved in the fight…In a world where rules are not followed, all countries will suffer, but small countries like us will be worst hit.”

He added that dark clouds are on the horizon but that the local economy will be alright this year as these tensions may take more time to potentially escalate. PM Lee then said: “Regardless of what happens outside Singapore, we know what we have to do domestically: we must strengthen our economy.”

THE WORK AT HAND, DOMESTICALLY

The PM then spoke on technological disruption and how Singapore is responding, urging workers and businesses to continue upgrading, adapting, transforming and using technology to their advantage.

Citing the transport industry with the introduction of ride-hailing apps and similar disruptions in the banking, retail and logistics sectors, Mr Lee explained what the Government is doing to help businesses and workers adapt but added that workers have to embrace change by picking up new skills as well.

LEADERSHIP CHANGES AT THE LABOUR MOVEMENT

Besides being Labour Day, today is also the same day the Cabinet leadership changes take effect. Former Labour chief Chan Chin Sing leaves the labour movement to join the Ministry for Trade and Industry, handing over the reins of the movement to ex-Education Minister Ng Chee Meng.

On leadership changes at the labour movement and the Cabiner level, PM Lee said: “I am confident that he (Ng) will build on Chun Sing’s good work and lead NTUC well…The fourth generation political leadership is learning on the job, taking on more responsibilities, and preparing for succession.”

The head of government added: “As younger leaders take over on both sides, they must renew the trust between the Government and the NTUC, and our commitment to the tripartite relationship. Tripartism is fundamental to Singapore’s survival and success.”Follow us on Social Media