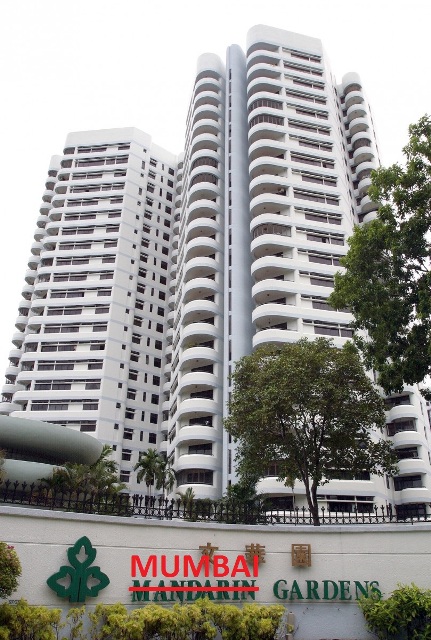 Playwright Alfian Sa’at play ‘Cook a Pot of Curry’, re-dubbed the condominium along Siglap Road, Mandarin Gardens as Mumbai Gardens. The play was assembled from a series of real-life interviews. Those interviewed may have re-dubbed the condominium as such because of the high concentration of foreign nationals from India who live there.
The recount of the events leading to the condominium’s management committee’s recent Annual General Meeting (AGM) suggests that re-dubbing as captured in the play is not without reason.
—
Just got back from Mandarin Gardens Condo AGM.
Indians have bought abt 40% of Mandarin Gardens apts and have become arrogant in the condo. At last year’s AGM, all Singaporeans didn’t want to stand for Management Council positions, leaving it to foreigners to take control. Eight Indians were voted in with one American and one Briton in the MC.
The Indians are power crazy, lawless and turned havoc. They thought they own Mandarin Gardens and can do what they want. They
1. attempted to transfer money from the $9m sinking fund to the management fund
2. organised Deepavali celebrations from condo fund to let Indians enjoy
3. organised a sports day for Indian children
4. allowed Indian children to run wild in the condo
5. attempted to kick out Thai Pan Restaurant and replace it with an Indian restaurant
6. spent aboutt $200k on the fish pond without discernible results
7. proposed to have a cricket pitch for Indian kids
8. allowed Indian kids to play football on well landscaped garden endangering aged Singaporeans, young children who use the gardens for leisure activities and the well kept grass
The American sounded out their misdeeds to the Singaporean owners. The Singaporeans were furious. At today’s AGM, Singaporean owners turned up in force and badly defeated the Indians by voting in 9 Singaporeans, one American and one Briton. The Indians were taught a humbling lesson. The Singaporeans reclaimed Mandarin Gardens for Singapore.
I believe the same situation is happening in Waterside Condo, Melville condo and Singapore in general. Singaporean owners can reclaim WaterSide, Melville and Singapore for Singaporeans if we unite as what Mandarin Gardens owners did today
—
Republished from Sam’s Alfresco Heaven.
Article was edited after Playwright Alfian Sa’at’s clarification.Follow us on Social Media