Amid public uncertainties over whether HDB flat buyers are homeowners or lessees given the fact that HDB flats are bought on a 99-year-lease from the Government, one Singaporean has urged his fellow countrymen to count their blessings since the debate over terminology is “much ado about nothing.”

This Singaporean, ex-civil servant Seah Yam Meng, is a longtime letter writer who has written to The Straits Times’ forum page since the 1990s.

Seah appears to be a ruling party supporter – in an earlier ST feature he said that he hopes that “Singapore will continue to enjoy peace, progress and prosperity under the capable leadership of Prime Minister Lee Hsien Loong and his Cabinet, and our future generations will get to celebrate SG100 in style.”

In his latest forum letter, Seah asserted that he is “greatly heartened by the fact that we have a Government that looks after the interests of the majority rather than catering to only the rich,” and concluded:

“In short, whether it is a 99-year lease or freehold lease, it is a fallacy to think that one can own something in perpetuity.

“Instead of arguing over trivialities, we should count our blessings that the majority of us have a place that we can call home for as long as we live.”

The debate over whether HDB flat buyers are homeowners or lessees picked up steam after Prime Minister Lee Hsien Loong recently refuted the prevalent notion that the 99-year HDB lease is “merely an extended rental” and not a sale, asserting that HDB lessees are owners of their flats and not renters.

PM Lee’s confusing statement that seems to indicate that public flat buyers are both “HDB lessees” and “owners” has thrown many Singaporeans for a loop, especially since the PM’s claims come amid widespread concerns over whether public housing is really an asset that homeowners can count on to appreciate in value.

Some Singaporeans on social media have suggested that the Government has flipped the definition of lessee to suit them, since well-known dictionaries define those who buy property under a lease as lessees who are akin to tenants – not homeowners. 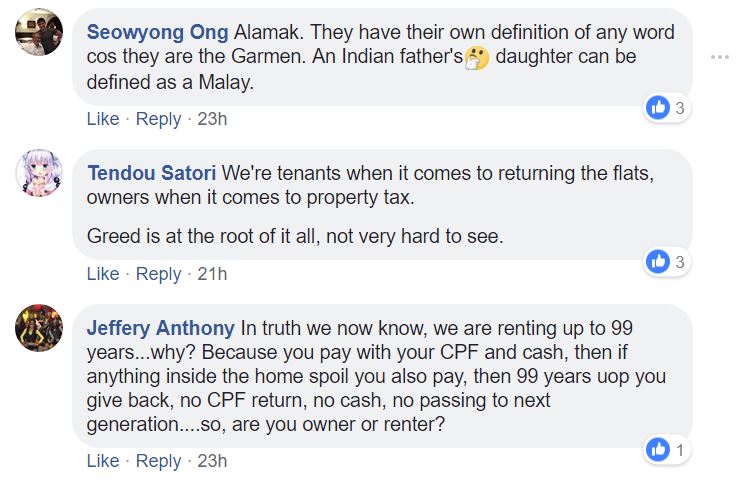 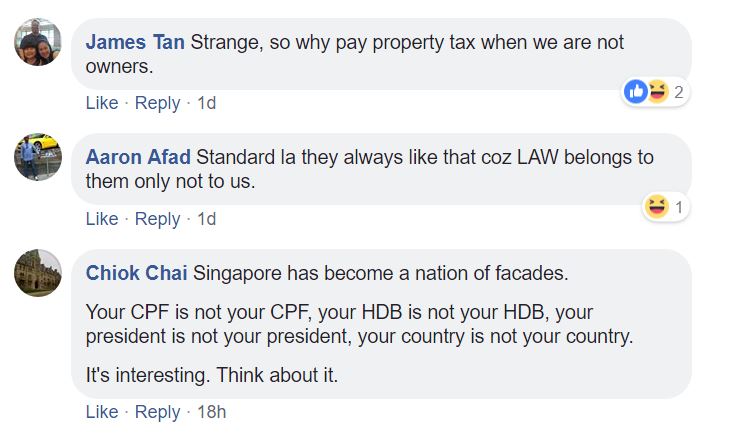 Meanwhile, Singaporeans are blasting Seah’s call for the people to count their blessings when it comes to Singapore’s land policy. Calling Seah “brainwashed” to “spread propaganda,” netizens have slammed the longtime forum letter writer for his views that many feel are discordant to concerns on the ground: 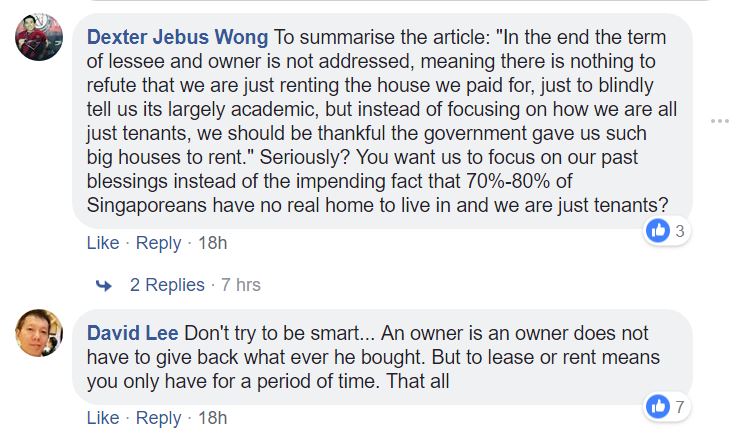 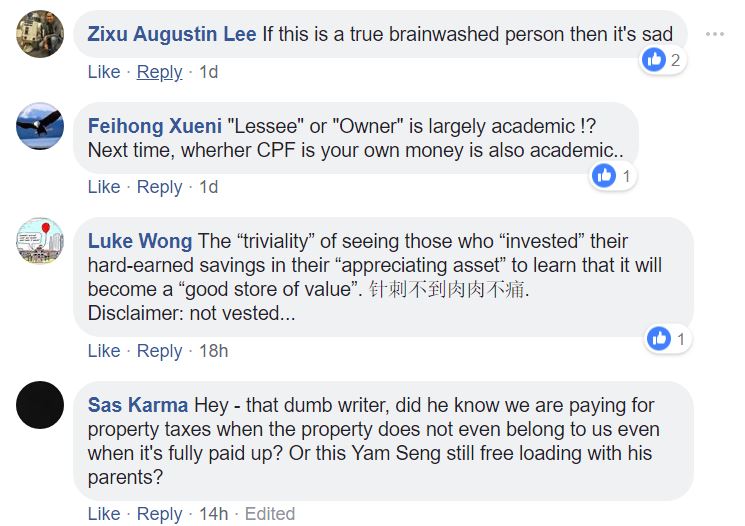