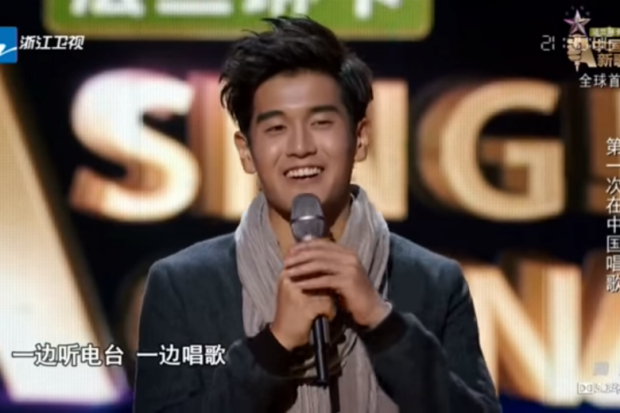 Singapore-born jazz crooner Nathan Hartono, 25, who made his debut as a singer after he won the Teenage Icon singing competition in 2005 and released his debut album, “LET ME SING! Life, Love and All That Jazz” in 2006, is making waves in China.

Sing! China, a competition modeled after the American reality music show The Voice, and judged by Na Ying, Harlem Yu, Wang Feng and Jay Chou, the Singaporean singer-songwriter wowed judges with in his first performance with a rhythm-and-blies-tinged cover of the Mandarin ballad You Mei hou (Have You Ever) by Wei Li An.

All four judges eventually turned around after Hartono’s performace and called him a complete package. The singer chose Jay Chou to mentor him.

“I picked (him) because he is one of the more prolific songwriters on the panel. He started out as a songwriter for a label and was churning out songs every day. And I am so curious about the work ethic,” the singer explained why he chose Jay Chou to be his mentor.