The Singaporean gave the man all the money in his wallet, which came up to more than $300. 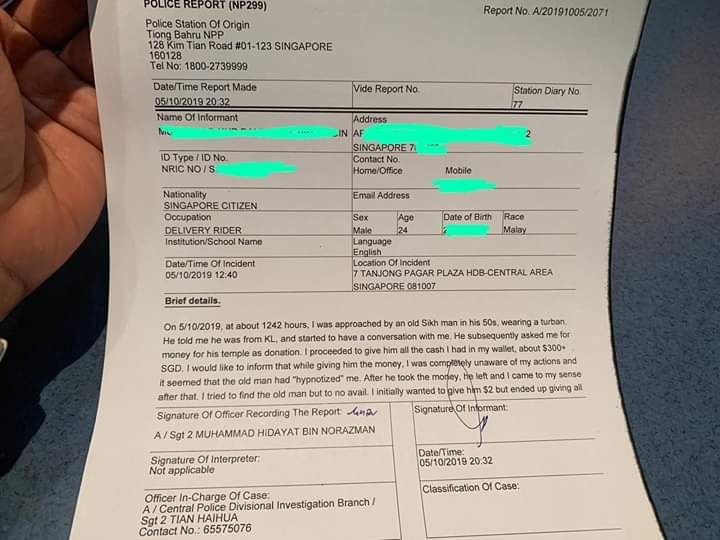 A Singaporean has lodged a police report, claiming that a Malaysian man “hypnotised” him and tricked him into donating all the money in his wallet – over $300 – to the Malaysian’s cause. A copy of the police report is circulating on social media and messaging platforms like Facebook, WhatsApp and Telegram.

The police report shows that the alleged incident took place on Saturday (5 Oct). The Singaporean – who is a 24-year-old Malay man who works as a delivery rider – claimed that around 12.42pm that day, an old Sikh man who looked to be in his 50s approached him and initiated conversation.

The photo of the police report shows that the Singaporean lodged the complaint at Tiong Bahru Neighbourhood Police Post later that day, around 8.30pm. The incident apparently occurred at 7 Tanjong Pagar Plaza. /TISGFollow us on Social Media