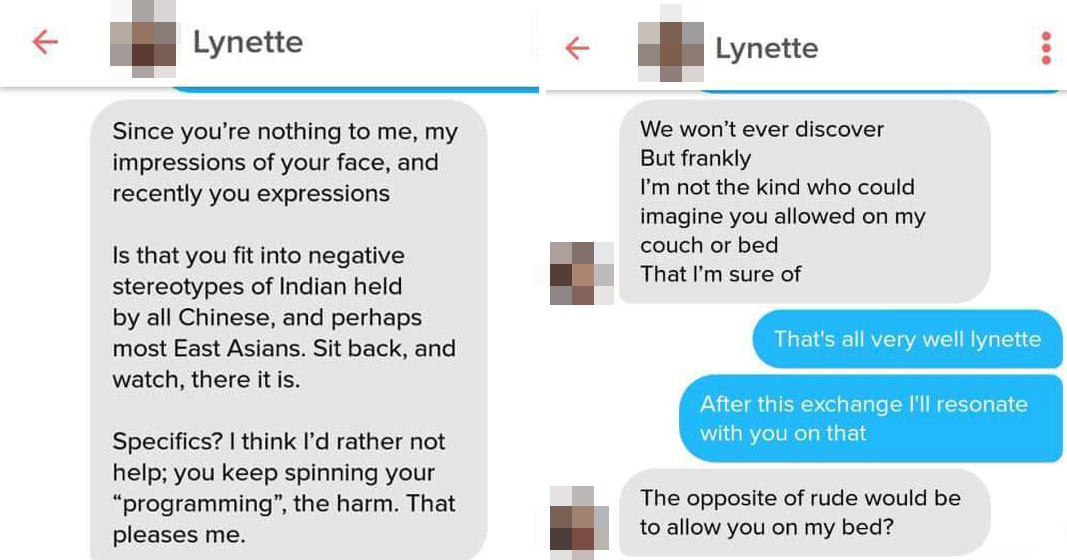 A 24-year-old lawyer from Delhi, India was subjected to cruel racist insults on online dating application Tinder by a woman in Singapore.

The lawyer, who declined to be named, said that the encounter happened between himself and a woman named ‘Lynette’ who said that she was repulsed by him because he is “ugly” and has an “odour”:

Not only did ‘Lynette’ spew racist insults at the Indian, she also proceeded to report the lawyer on Tinder, causing his account to be blocked.

The lawyer, however, remained unfazed by the incident. He told reporters: “Coming from India, we see this everyday, it’s just that we’re not on the receiving end. So, I guess I can only say that it strengthens my resolve to work against such behaviours.”

He added: “I asked a couple of other Indian women here on Tinder if this was normal. They said they wouldn’t be surprised if this was not a troll account. But yeah, we must resist all temptations to generalise.”

It remains unclear how long the lawyer will be blocked from his Tinder account.Follow us on Social Media