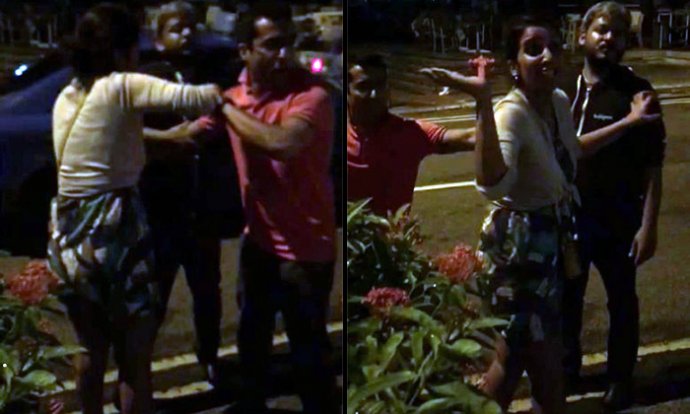 A man and a woman who appear to be Indian and speaking in accented English, taunted a taxi driver repeatedly about him being a low income earner. It is unclear when the incident happened but it is being shared virally on Whatsapp chats.
[fvplayer src=”http://youtube.com/watch?v=erl86jJTJqY”]
The video showed another man and a woman trying to restrain the man who was arguing with the cabby. The man could be heard asking the cabbie in a condescending manner if he had enough money for dinner, and if he needed a loan.

The woman who was trying to restrain the man also hurled vulgarities at the taxi-driver and threatened to file a police report.

The cabbie appears flustered towards the end of the video and hurled vulgarities back at the couple before he was pacified by the other that the couple were drunk. The man and woman just laughed at the cabby and walked off.Follow us on Social Media