Singapore still languishing in its colonial past with Section 377a 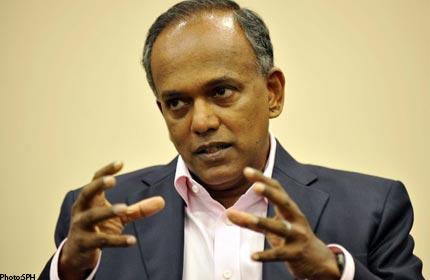 For a country that has made great strides in economic success and boasts herself as a nation with one of the highest per capita incomes in the world, Singapore is still lagging in its implementation of human rights. We still criminalise people based on their sexual orientation.

Last week, a fifth of humanity was liberated from the 150 years old colonial law, that has dehumanized the LGBT community, when the Indian Supreme Court repealed section 377 of the Indian Penal Code.

In Singapore, while there is greater acceptance to same-sex relationships as compared to five years ago, a small segment of our society still holds a deep cultural bias towards the LGBT community and this is often reinforced by religious groups that oppose them.

Sunetra Choudhary, political editor of NDTV, New Delhi said, “there are sections in India who are deeply homophobic, but I think it is wrong to say that most people in India are so. After all, there really were only two groups in the Supreme Court who opposed decriminalisation – Church and a Muslim group called Raza academy.”

As in India, a few vocal religious groups oppose same-sex relationships and the majority do not care about what the LGBT folks do in their private spaces. Gays or lesbians do not disrupt the daily lives of Singaporeans and to galvanize any public opinion about this is a moot point. Yet, the government feels it necessary to keep this relic of a legislation and to continue decriminalising this lot.

“Singapore, on this issue, it is a deeply split society. The majority oppose to any change to section 377A – they are opposed to removing it,” said Mr K Shanmugam, Minister for Law and Home Affairs.

In a survey conducted by IPSOS, 55% of Singaporeans still support section 377a of the penal code.

A local LGBT activist offered another possible explanation: with a strong electoral mandate, there is no incentive for PAP to go after this small voter bank and survey results can be skewed with leading questions.

According to a report in the World Economic Forum, the waste of human and economic potential is immense.  The U.S can add another 9 billion in GDP by including the LGBT community in the workforce. The LGBT community has also become a core customer segment for many businesses. Section 377, a discriminatory legislation, hurts the LGBT community as it criminalises same-sex relationships. It is like an albatross that keeps hanging over their heads, they say.

But fundamental problem here is, unlike India, our politicians do not want to champion the rights of LGBT.  Both Rahul Gandhi of the Congress Party and India’s finance minister Arun Jaitley had a supportive position on gay rights from the beginning.

Except for SDP, which has a more liberal position on LGBT issues, there is no political will to change. And if a country like India with all its conservative elements can be liberal, it is really a non-issue in Singapore. In another five or ten years, public opinion is going to tilt towards LGBT rights anyway, therefore, it may be timely to gently nudge for more rights.

Kumaran Pillai is the publisher of this publication and a Jefferson Fellow of the East-West Centre, USA