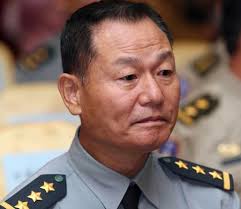 The Taipei Times reported that Singapore may have denied entry to the Taiwanese Minister of the Veterans Affairs Council, Lee Shying-jow.  It reported that he was denied entry despite being given approval to visit veterans of the Republic of China (ROC) armed forces residing in Singapore.

Taiwan’s representative to Singapore could not be reached for comment but Council officials did not deny the report, but refused to comment on it.

The newspaper said that Lee’s denial of entry may be prompted by Beijing’s pressure on Singapore regarding its ties with Singapore. The Chinese Special Administrative Region, Hong Kong, recently seized nine armoured vehicles belonging to the Singapore Armed Forces which were enroute to Singapore after a military exercise in Taiwan.