Singapore property investor flies in just to buy Melbourne home for $135,000 above reserve 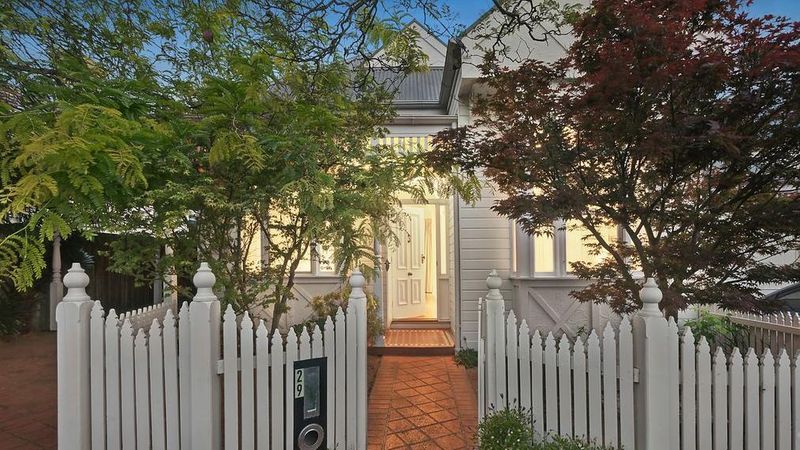 The house in Melbourne was sold at AUD135,000 above reserve to a Singapore property investor who flew in and out from the Republic on the same day the property went under the hammer.

A house in Hawthorn has been sold $for 135,000 above reserve to a Singapore property investor who flew in and out from Singapore on the same day the property went up for auction.

Elliot Gill, Partner & Auctioneer at Jellis Craig Richmond, said that two parties were expected to bid on the three-bedroom house at 29 Sercombe Grove, Hawthorn, but shortly after the auction opened with a AUD1.3 million offer, a surprise third and fourth bidder emerged.

Mr Gill said that two of our four bidders first saw the property on the day of the auction and that the unexpected competition quickly pushed the home past its AUD1.4 million reserve and only paused long enough for the property to be called on the market at $1.45 million.

“We thought it could get to $1.4 million, but over $1.5 million, we are very happy with. “We didn’t think it would get to that level, but the property was attractively priced and in a good spot,” Mr Gill said.

The unnamed Singapore property investor had not seen the home before, said Mr Gill; adding that the buyer had only arrived in Melbourne a few hours ahead of the auction.

“The buyer has flown in from Singapore in the morning and was flying out in the afternoon. He went to another property that he almost bought, but ended up coming to ours and bought it.”

According to Mr Gill, the Singapore property investor was headed back to Singapore later in the afternoon.

Three other bidders for the Australian auction property included a pair of investors and a family. The double-storey weatherboard house is attractively located with a short walk from schools, shops and eateries. The house which was sold to the Singapore property investor has two living areas look onto an outdoor entertainment space, and the home comes with off-street parking.

Singapore may now be the biggest foreign investor in Australian property, but the Australian banks have recently tightened their lending on housing loans.

“Australians have it so much better than Singaporeans in Singapore when it comes to properties. Not only do they have nicer, bigger homes, they also have easier financing options such as interest-only payments. Untold wealth has been obtained from buying properties to rent out, so it is not only Asians that are crazy with property.”

Scenario of Investing in Australian property:

Interest rates at 4% per annum equals to $3,333 per month Interest.

As an investor, you have a monthly cash flow of: –

Most banks in Australia can offer between 70% to 80% loan. Several can offer 85% to 90% loan. Many banks are specifying that for “Interest only” loans only for “Owner occupied” units. This reduces the risk of default for the banks as these are genuine demand for the houses as the owners are occupying the houses.

Singaporeans love the space the nature and the 4 seasons of Australia. Many Singaporeans further their studies in Australia or consider Australia as their second homes.

Borrowing in Australia is becoming more difficult, only the best credit profiles could borrow in Australia providing that they have residency status. Lending to non-residents have become as rare as the extinct dinosaur.

While Australia has started to tighten their lending, Singapore banks are still selectively lending to Australian property purchases for Singaporeans or Permanent residents who is a tax resident in Singapore.

With Australian banks tightening lending, some defaults and hardships may start to appear. However the problem is not yet severe as long as employment remains strong.

While many countries have started to tighten lending, Singapore banks have already tightened lending since 2013 based on MAS’ restrictions. But perhaps Singapore may remain as a relative lending bright spot amidst tightening in Australia, Hong Kong, Malaysia, China.

A 2016 census showed that migrants now comprise up to 60 per cent of residents in some Perth suburbs as the city continues to be transformed by new arrivals. Foreign-born concentrations led by people from India and Malaysia are growing in middle-class suburbs, while more Chinese are moving into wealthy suburbs closer to the CBD.

iCompareLoan’s Overseas Property Finance solutions may provide a simple and flexible way for investors from Singapore to purchase or refinance properties in Australia. They may also allow such investors to take advantage of investment opportunities by borrowing against their existing properties.