Singapore passport ranked as second most valuable for 2017 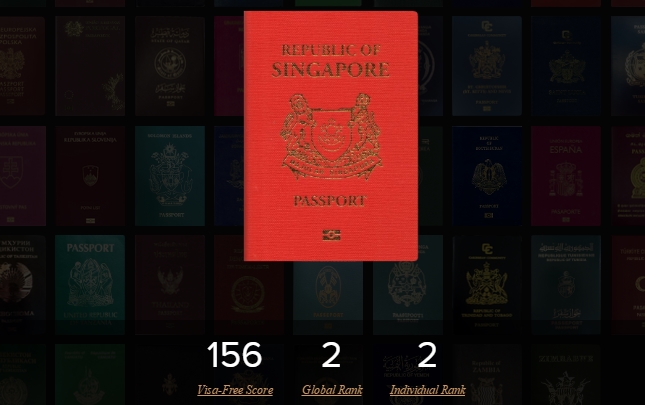 Singapore has overtaken South Korea to become the highest ranked Asian passport, with a visa free score of 156 in Arton Capital’s update of Passport Index. Germany took first place with a visa-free score of 157.

Arton Capital, the global advisory for residence and citizenship solutions, ranks national passports by the cross-border access they bring, assigning a “visa-free score” according to the number of countries a passport holder can visit visa-free or with visa on arrival.

A total of 199 passports, consisting of the 193 United Nations member countries and six territories – Taiwan, Macau (SAR China), Hong Kong (SAR China), Kosovo, Palestinian Territory and the Vatican – are considered for the index. Territories annexed to other countries, such as Norfolk Island, the French Polynesia and British Virgin Islands who do not issue their own passports are not considered as destinations, the index said.

According to John Hanafin, CEO of Arton Capital, “The desire to improve opportunity and security transcends borders. As such, having a second citizenship has never been more relevant.”

Arton Capital specialises in investor programmes for residence and citizenship and in recent years, citizenship by investment has become a US$2B industry, with over 20,000 investors seeking a second residency or citizenship around the globe very year.